With the release of the new Olympus Pen-F digital, I thought this would be a good time to celebrate the old Olympus Pen film series and the original “Digital Pen” the Olympus E-P1 🙂

Before we do that, just a few notes on the new Pen-F digital. It is a 20mp mirrorless camera in the Micro 4/3’s format. It has a built-in 5-axis image stabilizer in the body, much like the OM-D (which I love) series or the EP-5. 1080P HD Video. Nice touches include the electronic viewfinder (EVF), the 80/50mp (raw/jpeg) high-res mode, and customizable modes. There’s a lot more to it of course.

The funny thing is that when Olympus released the E-P1 in 2009, they marketed it as the new “Digital Pen” yet with this new Pen F, we are being told (as seen on the Dpreview video) that this is a whole new class of Pen cameras, and priced accordingly at $1199. Yeah, ok 🙂

Anyone who knows me knows I’m a huge Olympus fan going way back. I’m sure the new Pen F digital will be awesome and just on the specs alone, it looks to be 1000 times better than the original E-P1, but I probably won’t be getting one any time soon. Not now anyway. Price is an issue, yes. Don’t have, and don’t want to shell out that much for a Micro 4/3’s camera.

And nothing against Olympus, but coming from the old film school, while I love the new Pen’s retro looks, I just see it as a digital camera dressed up in a film camera’s suit. Much like the Fuji X series, Nikon DF, or any number of cameras riding on the retro wave. This has been an enormously successful formula for many companies and more power to them. While I love the way they look, I’m just not as easily pulled in by it.

In addition, it’s really hard for me to get excited about the latest and greatest these days. The truth of the matter is that most of the cameras from the last five years (and going back even further actually) have been extremely capable.

I may sound a little less than enthusiastic, but I’m still young enough to realize that whether it looks like a film camera or not, whether I like the retro looks or not, learn to love it because (and my fellow film fanatics might not like this) let’s face it…This IS the “Digital Era.” Film may be around for a long time, who knows. But the “Film Era” has passed and it will never be the film era again.

But if you got the dough for the new Pen F, I’m sure it’s going to be an awesome new toy for you!

If you want to see all the new Olympus cameras, you can do so right HERE which is an easy link to everything. You can also pre-order there or here Olympus PEN-F if you want to be among the first to get one. My favorite might be that “Faux Leather” OM-D EM10 II!! 🙂

Below are some images from the Olympus Pen F and FT half-frame film cameras and the Olympus E-P1. I’ll dig up more if I can find them. I’ll keep shooting with these oldies until I can save enough for the new digital Pen F 🙂

“Order & Chaos” 2009. Olympus Pen FT, Zuiko 38mm /2.8 pancake lens, Tri-X. These two sequential frames from the half-frame Pen FT shows how order can turn into chaos in a minute if Grandma is babysitting you 🙂 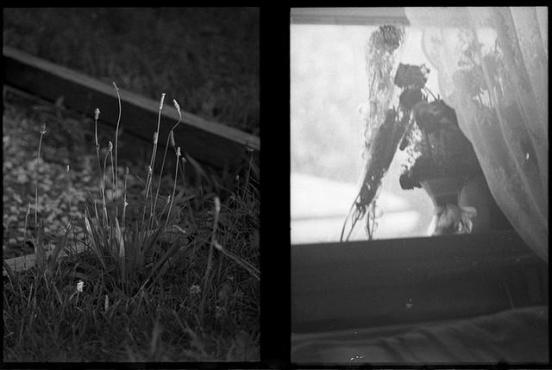 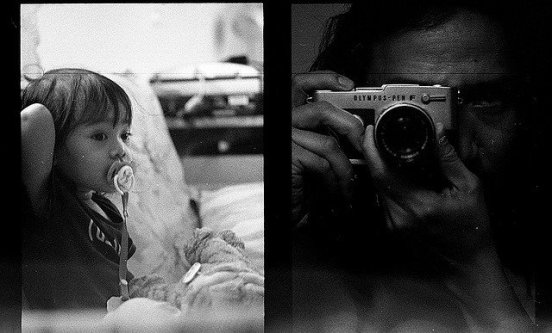 “Sex & Religion” 2010. Olympus E-P1, Lumix 20mm f/1.7, Atlantic City, NJ. You might not be able to see it, but there’s a gentlemen’s club on the left and a church on the right. I’m still trying to figure out why WordPress is not letting me post larger pics.

10 thoughts on “Celebrating The Olympus Pen”