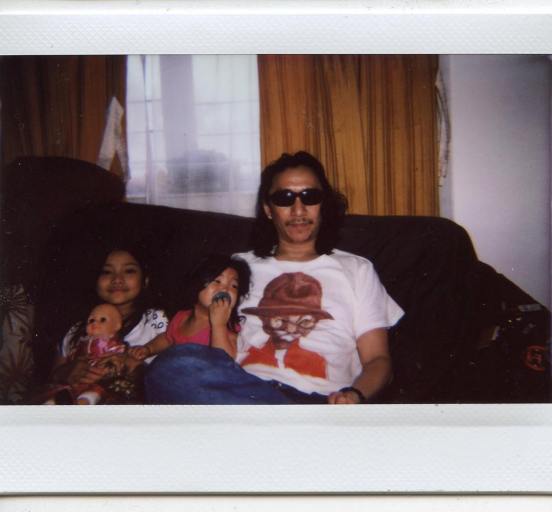 This is a recent photo from the Lomography ‘Instant Wide camera. I reached out to Lomography to see if I could get a sample camera for review, but I never heard back from them. I didn’t expect to, but it would’ve been nice. Fortunately, when you love cameras you usually have friends who do too 🙂

Just some brief general impressions: the camera looks great, but feels less great than it looks. I’ll reserve judgement on its build and durability until I can have more time with it.

The camera relies on zone focusing which isn’t really my thing, but I’ve been pleasantly surprised at the shots I got. The lens is slowish at f/8 and you will be using the built-in flash a lot, but these factors also help to keep the shots sharp.

The lens cap which doubles as a self-timer/remote control is a brilliant touch! That’s what I used to take the shot above after placing the camera on a tripod.

The main thing about the Lomo’Instant Wide that appeals to many people (and to me) is that it takes the widely available and larger sized Fuji Instax Wide film, plus it offers a bit more manual control over the picture taking process than any Fuji Instax camera to date.

I have read some reviews on this camera on the net and read many comments about its image quality. I think I have a good idea now of what the lens quality is and I have some thoughts about the Lomo’s  overall image quality, but to be fair I’ll save them until I can take further test shots.

It’s one of the more interesting instant film cameras to have come out in recent years and I hope to get one for a longer period of time. Heck, I might even get one of my own! 🙂

3 thoughts on “Photo Of The Day: “The Wacky Bunch””