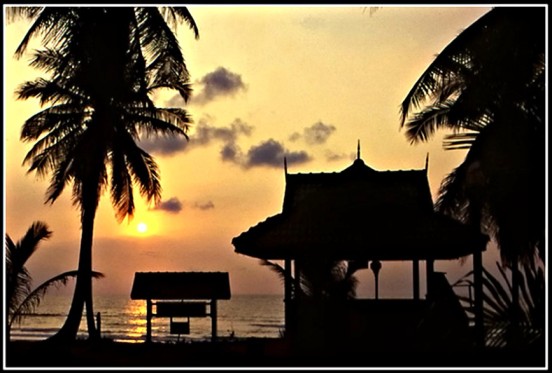 I’m sure many of you hardcore film fanatics have heard by now of Kodak’s decision to bring their Ektachrome slide film back from the dead.

That is the best thing I have heard out of Kodak in the past ten years!! A snippet from Kodak’s press release: “Sales of professional photographic films have been steadily rising over the last few years, with professionals and enthusiasts rediscovering the artistic control offered by manual processes and the creative satisfaction of a physical end product…”

I used Ektachrome film mostly in the 1990s and early 2000s. It was a great slide film, but also considered a lower cost alternative to Kodachrome which was Kodak’s gold standard for slide film.

If memory serves me correctly, I remember Ektachrome to produce neutral colors with perhaps a shift towards cool, strong on the blue and greens.

“The Sun Never Sets” Krabi, Thailand, 1995. Canon EOS 10s, Sigma 28-70mm f/3.5-4.5 UC, Kodak Ektachrome. Colors shifting a bit, but this photo is almost as vibrant as that day I took it twenty-two years ago. The two beloved family members, on the far left and far right are gone. And so too did we think Ektachrome was gone. But Kodak is bringing it back from the dead. Unbelievable news in many ways.

The reasons I didn’t use Ektachrome more was because I was and am a negative shooter rather than a slide shooter. And when I did shoot slides, I always went with either Fuji Velvia or Kodachrome. I tried Ektachrome just because. Not because I wanted to, or didn’t want to, just because I had to try it.

But with Kodak’s announcement of the return of Ektachrome, I’m itching to try it again. It was an iconic film in its own right.

Again, this is the best news I’ve heard out of Kodak in ten years and it is awesome news for film in general. With the demise of Fuji’s FP-100C packfilm, this was certainly unexpected.

People, including myself, have been quite hard on Kodak in recent years. This time, let me say that they are doing something amazing. Now if they would concentrate in this direction, they might have a chance of not only reclaiming their legendary name but maybe even be the king of the hill for film again. Kodak is doing what they do best…make film. Kudos Kodak, wishing you the best of luck on this!

9 thoughts on “The Return Of Kodak Ektachrome”