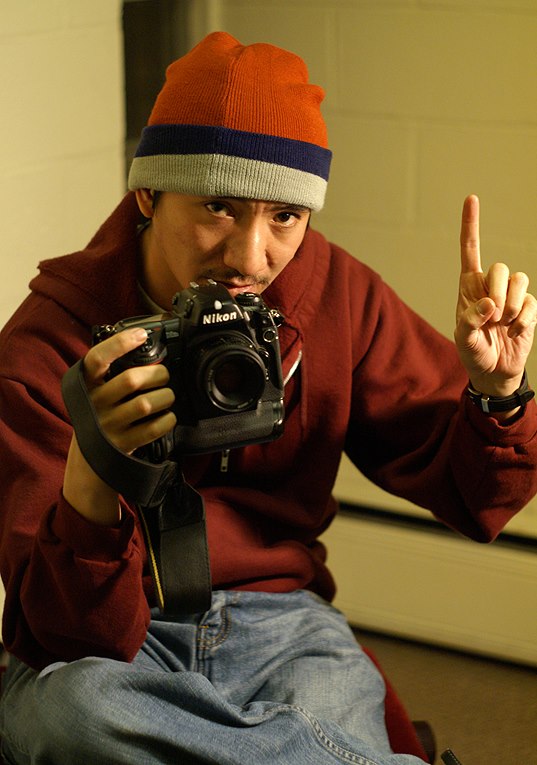 The Nikon D2H is a 4.1 megapixel camera introduced by Nikon in 2003. The D2Hs is an “updated” version of the D2H introduced in 2005. For all practical purposes, they are pretty much the same camera with some minor differences, hence the bulk of this review applies to both models, but I will note the differences where and when it is necessary.

Many of you reading this blog have probably followed cameras as long as I have, and some even longer.

So do you remember when Nikon announced the D2H in 2003? And wow, can you believe it is now near the end of 2015? Time marches on, but this is sick! It felt like yesterday to me and now it’s twelve years later. Man, I feel sick to my stomach at how fast time is flying by. Seriously! 🙂

Anyway, I still remember when they released this camera. The hardcore Nikon fans loved it, of course. But there were also people who complained that 4 megapixels was too small, too little resolution.

Somehow those two years from 2001 to 2003 felt a lot longer to me and I think two years meant more back in the early days of digital than it does today. It looks much more modern than the D1H (and D1X) which sprang from the era of the 1999 D1 pro camera.

The build quality is superb as expected from a pro Nikon body. If you’re a fan of today’s smaller, sleeker bodies such as the Olympus OM-D, Sony A7 series, Fuji X-T1, etc, then the D2H might freak you out because baby this thing is a brute! It is a big, bold, and beautiful monster of a camera 🙂 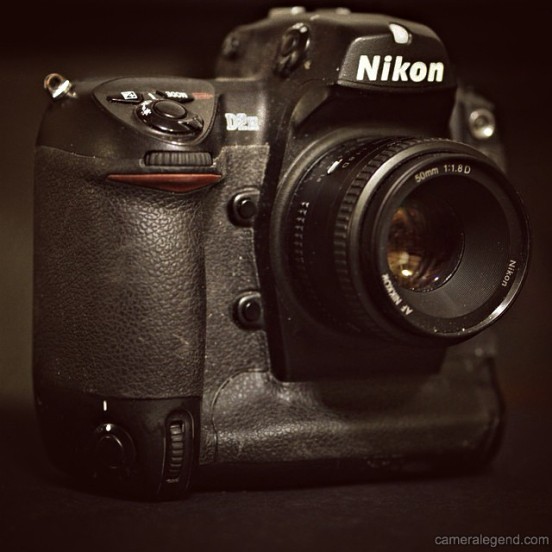 Actually, not a lot has changed with regards to Nikon or Canon pro cameras as far as build. The current D4s flagship camera is still a huge monster DSLR. I think this all dates back to the F4/F5 and EOS-1 series film cameras of the late 80s and early 90s.

Some people like this because they feel that “power” while holding a big DSLR. I’m not joking, I actually have a few friends who feel this way. Some will even get grips on their non pro cameras just to feel that “power”…crazy stuff! 🙂

The D2H sensor deserves a special mention. It was a 4.1 megapixel sensor that Nikon called the JFET-LBCAST sensor and it is a sensor unique to the D2H and D2Hs. According to the Nikon it was “a completely new type of image sensor, different from CCD and CMOS sensors…”

I won’t go into all the technical details on this, but the sensor was said to be designed for faster image signal read, better color, less image noise, and more efficient power consumption. Nikon apparently took over ten years to develop this sensor.

And the initial response to their creation? The LBCAST (for short) was blasted by critics and folks on the forums who were disappointed with the image noise levels above ISO 400, especially compared to the Canon competition at that time. I very well remember reading posts on Dpreview and Fred Miranda forums on this.

In fact, the D2Hs was created to curtail these criticisms because one of its main selling points was the promise of better jpegs and better high iso images than the D2H.

Without getting into all the details, the camera has excellent ergonomics with well laid out dials and buttons, two control wheels, and horizontal and vertical shutter releases. Everything feels like it’s in the right places. The menus are well organized and easy to navigate. Some of the custom functions might be a little confusing though so check the instruction manual if necessary.

The D2H is a speedy performer. The camera uses the Multi-Cam 2000 autofocus unit, has an AF system with 11 areas, 9 of them cross type, and its AF is fast and accurate. The camera was designed with press and sports photographers in mind and it can do a blazing 8 frames per second in continuous shooting mode.

I come from the film era of shooting and even then I never really liked using motor drives for “spray and pray” shooting, but it’s good to know that the D2H has the capability if needed. 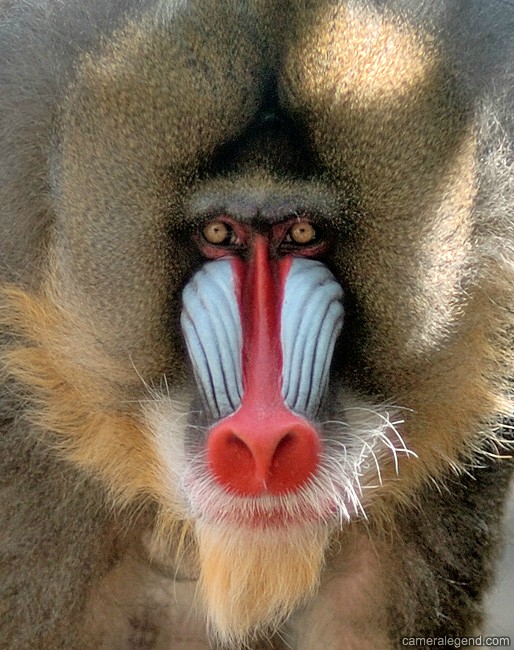 I almost always use single shot AF and use the center spot for focusing and the D2H rarely misses a shot for me.

Despite having only 4.1 megapixels, the D2H produces very sharp images with generally great color reproduction especially when paired with a good lens and good lighting. 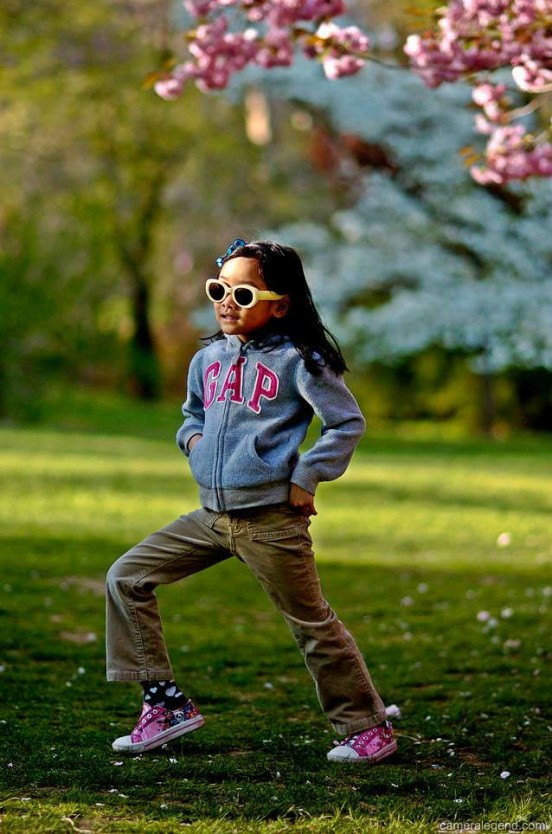 The sensor is quite contrasty and perhaps because of this, images appear more detailed and sharper than you might expect from 4.1 megapixels.

Skin tones can be excellent with flash, studio, or controlled lighting, but can be “off” and take on a yellow-orange tone in low or available light.

Image quality at the ISO 200 base is the best, but ISO 400 and up to ISO 1600 images do take on more noise and loses color saturation, but I like “grit” so I do not find it particularly objectionable. Files like these can be coaxed into that elusive “film-like” digital file with the right kind of treatment in your post processing. 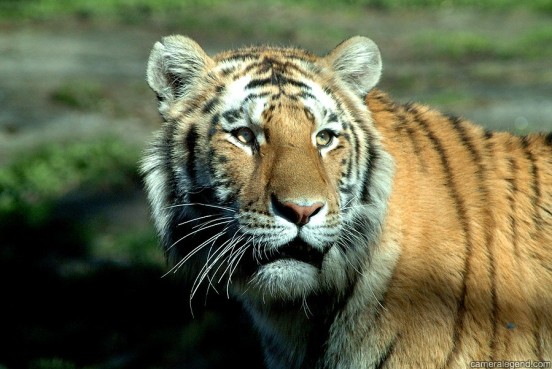 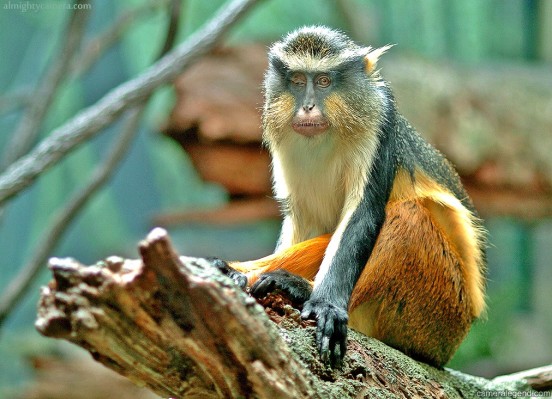 “The Wise Old Man” 2012. Wise beyond his years was this one-eyed monkey master 🙂

You can get ISO 6400 on both cameras via ISO boost, but it looks horrific to me, not film-like, but something you’d expect from a really old digital camera.

The D2H, as with most cameras of that era, can clip highlights quite easily so be careful with exposure.

I have made 13×19 prints from the D2H and D2Hs and they look excellent, even by today’s standards.

DIFFERENCES BETWEEN THE D2H AND D2HS

As mentioned at the start, these two cameras are pretty much the same camera. According to Nikon, the D2HS offers better in camera jpegs, ISO 6400 versus ISO 1600 on the original D2H firmware, faster AF, larger image buffer up to 50 jpegs vs 40 on the D2H, a slightly higher resolution rear LCD (232, 000 dot vs 211, 200 dot), though the size remains the same at 2.5 inches

There may be other differences I didn’t mention so do some research if there is something I missed.

The jpegs are better on the D2Hs, but I can’t say it was a major difference based on my experience with both cameras. If shooting RAW (NEF), the D2H image quality is exactly the same as the D2Hs. 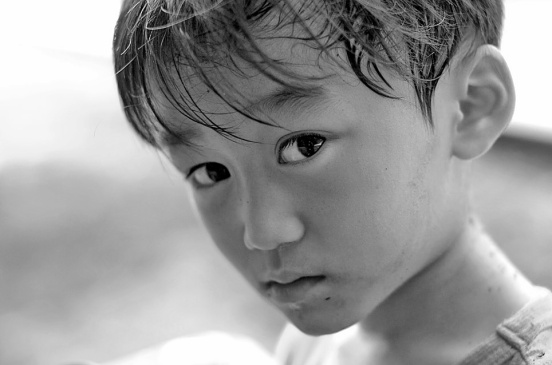 HOW TO TURN YOUR D2H INTO A D2HS

Well, almost! If your D2H has the last 2.02 firmware or you update any older firmware to the last version, you will have most of the D2Hs improvements on your D2H such as supposedly faster AF, ISO 6400, etc, etc, except the larger image buffer and slightly higher rear LCD resolution.

The Nikon D2H is notorious for its well known, but not deadly “ERR” blank shot issue.

What happens is you turn the camera on, take the first shot and it is blank while the camera gives you an “ERR” error code. This freaks a lot of people out, especially if this is their first experience with the camera.

But take another shot, and the camera is fine for the rest of the day. If you buy a D2H and get this error, it is very common, generally not serious, and you can continue to use the camera as is.

I’ve heard of people sending the D2H for repair for this issue, and after it is “fixed” the issue reappears after some time.

This is generally not something to worry about as it usually affects only the first or second shot. I’ve had it happen to me on two different D2H cameras.

The problem was apparently fixed with the D2Hs and I’ve not encountered this problem when using the D2Hs.

I got my first D2H in 2006. I sold that first one and got a D2Hs that same year, which I eventually sold and flipped a profit on.

When they became cheap, I missed the camera and went back to the standard D2H which I used as a “fun” camera for several years. But it’s more than a fun camera, the Nikon D2H is a pro powerhouse capable of image quality that was good enough for print and speed fast enough to capture the moment and not let that moment slip by you. 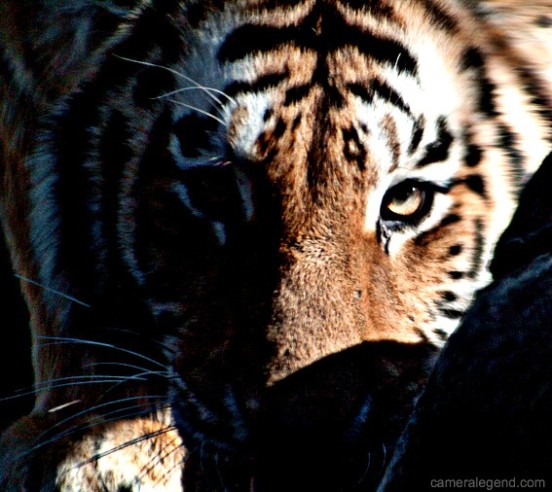 If looking for one of these monster Nikons, prices are trending at $100-300 for the original D2H and $300-$500 or more for the D2Hs. The Nikon D2H is quite abundant on the used market, the D2Hs not as abundant.

You can actually find the D2H for under $100 on auction sites, but these tend to be well used, but hey if it works, it’s a great deal. I got my last D2Hs sample a couple of years ago for $150. It had some minor cosmetic issues, but I fixed it up by replacing the camera skin. As mentioned before, I am a camera hunter and I like cheap 🙂

Remember that many of these cameras have been pro workhorses that have been used and abused for years. I would just buy the cheapest one in working condition and not worry whether it’s a D2H or D2Hs. Take my word for it, they are pretty much the same camera and you can certainly get the exact same image quality if you shoot RAW.

The Nikon D2H (and D2Hs) is an amazingly fun camera to shoot with. Working within its comfort zone, images can be crisp, colorful, and look better than anything you’d ever expect from a 4.1 megapixel camera. The small files are a joy to work with in a 40+ megapixel world.

With its unique sensor and all that Nikon pro bodied goodness, the Nikon D2H (and D2Hs) is an unforgettable Camera Legend that took the digital slr out of its infancy to give photographers a more mature product at the time of its introduction. The D2H can still provide amazingly good files even today.

The cheapest place to find the D2H/D2Hs would be eBay obviously, but there are some seriously beat-up and ugly samples out there on that auction site with no guarantee. If you’re willing to take a risk, go for it.

If you want a safer purchase with a good return policy, then I would check KEH Camera, Amazon or Adorama in their USED section.

12 thoughts on “Tuesday Titans: The Nikon D2H and D2Hs”