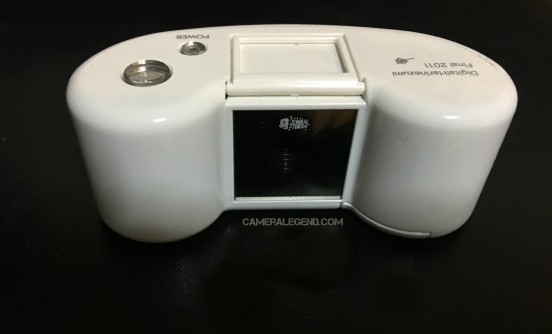 Here at Camera Legend, we don’t just love old, classic, and decrepit cameras, we love ALL cameras! Especially the strange, weird, and interesting. Today, we have one of the weirder ones. It’s a very small and strange thing in the shape of an old 110 film cartridge and it’s called a “Digital Harinezumi.”

WHAT IS A DIGITAL HARINEZUMI?

Ok before we go any further, just for the record, the camera we are looking at today is the “Digital Harinezumi Guru (Final 2011 Special Edition).” That’s the whole name of this camera!

The Digital Harinezumi Guru is a digital camera made by Superheadz of Tokyo, which is a branch of a company called Powershovel Ltd. of Japan. As far as I can tell, the “DH” series is now up to version 4. Please keep in mind I am only talking about the Guru, the “Final 2011 Special Edition.”

The company makes some unique and as they like to call it, “artistic” lo-fi cameras such as the Blackbird Fly, the Vivitar Ultra Wide and Slim clone cameras, and the Digital Harinezumi cameras among others. They are, to me, very much like a twin of the Lomography company and in a world ruled by the Big C’s, Big N’s, and Big S’s, I think we need companies like this to add some variety to life 🙂

THE DIGITAL HARINEZUMI GURU AS A CAMERA

The camera has no manual controls whatsoever. There is no viewfinder. There is a plastic “frame window” that acts as your “viewfinder” but I find it pretty useless. The tiny LCD is about 1.5 inches, not very high resolution, but usable.

There is also a host of selectable filters for your photos or videos, i.e., monochrome, vivid, “old” etc. There is a switch on the bottom that takes you from “normal” mode to macro mode.

The camera runs on one CR2 battery. In my use, the camera eats batteries pretty quickly especially when using the video mode and CR2 batteries can be expensive. Best solution is to have some rechargeable CR2’s on hand.

I’ve only had this thing for a few months, although I’ve been interested in Digital Harinezumi cameras for years. First of all, let me say that it seems for most people, the reaction to toy cameras is that either you “get it” or you “don’t get it.” There doesn’t seem to be much of a grey area.

To be clear, when I speak of toy cameras I’m talking about “serious” toy cameras like the Harinezumi is supposed to be. I’m not talking about V-Tech or Fisher Price cameras, although I have seen cool results from some of these cameras intended for children.

However, for me, with the Superheadz Digital Harinezumi, I get it and yet I don’t get it. Let me explain. I have used other toy cameras before. My favorite one was the Yashica EZ F521 which I reviewed in 2011. I loved that camera, despite of and maybe because of its low-fi images. But at last, its flimsy build led to a broken SD card slot. But I really liked the images.

The Digital Harinezumi? Hmm, not so much. The color images are frankly disappointing. The b&w images will wow me one day and let me down the next. It’s not consistent. To be fair, perhaps it’s meant to be that way. I mean, just like developing a roll of film and not knowing what you’re going to get is part of the thrill of film, I think it’s supposed to be part of the charm of this digital camera. 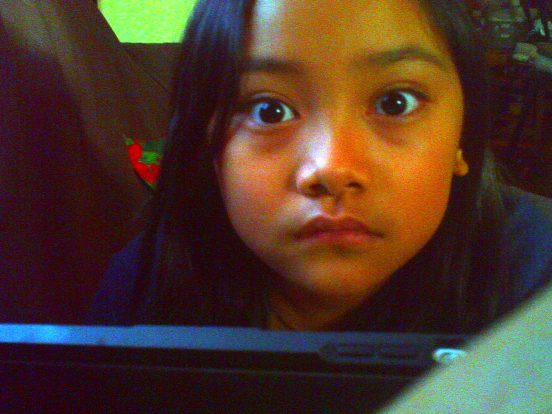 The photo above is a good representation of what you can expect with the Digital Harinezumi Guru at ISO 800, indoors with typical house lighting. To me, very reminiscent of old Sony Ericsson or Nokia phones.

In color, indoor shots have way too much color noise. I expected the noise, but it’s worse than I thought it would be and it’s not the beautiful “film-like” digital type. At its worst, it closely resembles old phone cameras of the late 90s or early 2000s. You remember those old Nokia or Sony Ericsson phones don’t you? 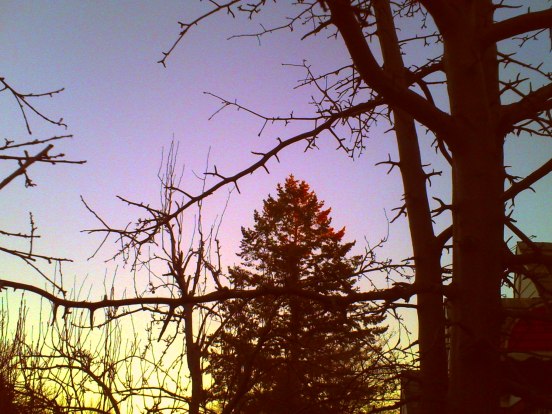 “Autumn Leaves” 2016. Digital Harinezumi Guru, ISO 800. The lighting was dimmer than it looks here and the shots I got at ISO 100 were shaky. I switched to ISO 800 and here you can see an example of the exaggerated colors that these cameras can produce and I think, some people want. For me, it reminds me of a still frame from an old video camera.

The “hard” monochrome mode has a cool and strong b&w look that I like. It appears very dramatic, very dark and contrasty. At its best, it can be quite “film-like” but most of the time, I think it might be too dramatic, so much so that it appears obvious that you’re using a special effect of some kind. But when the camera (or photographer) gets it right, it’s quite a good attempt at copying grainy film. 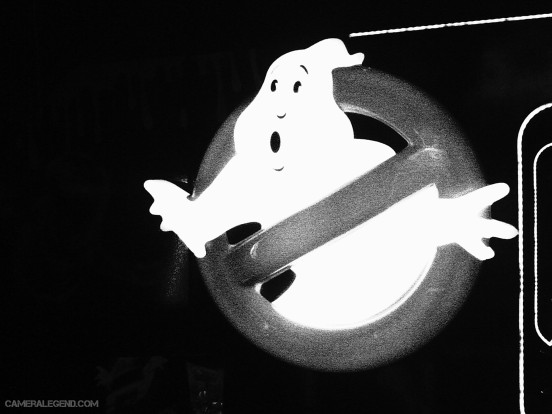 “Ghostbusters” 2017. Digital Harinezumi Guru, ISO 800, “Hard Monochrome” mode. I think this represents about the best “film-like” grit and grain you can get out of this camera.

A 100 percent crop of the previous image. Note the grain structure, pretty nice and somewhat “film-like” I think.

I will say I did like the way it records videos, especially at the 8 fps setting and perhaps I’ll try to upload some video for you.

As mentioned before, there is a cool macro mode that you access by sliding the switch on the bottom of the camera. The problem for me though is that you have to get in close, and I mean real close like right near the subject for the image to be in focus.

Right now, the Digital Harinezumi is an enigma to me. It has a real cult following, so much so that some say it’s iconic. It might even be Camera Legend to some, though I’m not so sure about that. I’m going to reserve judgement until I have worked it a little more.

Consider an extra tool in your arsenal of cameras and it could work. It’s certainly something unique and while it doesn’t always take the greatest photos or videos, it can take great photos in its own way and the camera does take those photos and videos with character. Whether that “character” is good or bad is in the eye of the beholder I guess.

WHY?
Why would you get a Digital Harinezumi? Well, for one thing, you get one if you’re a gearhead like me 🙂

Secondly, I suspect most people who buy these cameras are looking for something different, indeed perhaps as an artistic tool.

Third, a lot of people would be interested in that lo-fi look which to me is really an attempt to recreate the look and feel of film. I’ve said it before and I’ll say it again, if you want the film look, shoot film.

Ok yes, I am a fair man, and in all fairness we know this is no longer the film era and not everyone has the time or the means to shoot film and have it processed.

A camera like the Digital Harinezumi can, to some extent, recreate the film look, but it’s not going to be consistently great like real film. Please understand the photos I have posted here, especially the b&w shots, represent my best attempts at capturing the elusive “film-like digital” look with this camera. However, it is not something achieved as easily as you can with other digital cameras, some of which I have reviewed on these pages. You’re going to have to work at it to achieve this with the Digital Harinezumi.

As mentioned before, the Digital Harinezumi series is up to version 4 now and from what I can see, they’re asking $500 and up for these. Why anyone would pay that much for this kind of camera is beyond me.

The Digital Harinezumi Guru reviewed here can be had for $100 and under, if you can find one. If not, just try to find any of the older versions and I’m sure you’ll get similar results. These cameras are most abundant on eBay and Amazon.

These cameras can be a lot of fun, but take it from me and don’t spend too much on one. Get one on the cheap and then you can really enjoy it! 🙂

The HOT new Fuji GFX-50S Medium Format Digital system camera is coming to your store really soon. In your quest for greater and greater, you probably bought tons of stuff just like I. It gets to a point when it’s all too much. If you ever thought of getting rid of everything and just going for that one “Ultimate” system, this might be it!! Here’s a link with all the details on the camera and how you can put yourself on the waiting list to be among the first to receive this HOT new camera. If you do get one, I’d love to hear about it!!