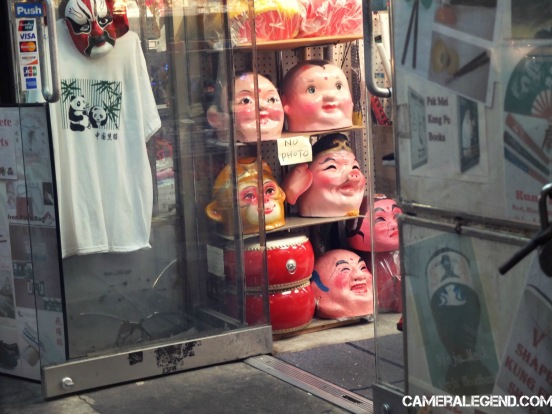 What’s a surefire way to get people to notice something you apparently don’t want them to photograph? Just put a “No Photo” sign on it! 😊

Now I don’t know if the owner of this store really doesn’t want people to photograph this or if it’s a great marketing scheme but it sure did get my attention!

Listen, I respect their wishes and I assume this means “no photos” from inside but when you’re outside on the streets, everything’s fair game. I think that’s one of the golden rules of street photography right? Of course there are exceptions.

Anyway, if it makes anybody feel better, I took a shot and walked away, still not interested in buying these things 😊

Note: This photo was shot using a Fuji X10 in New York’s Chinatown. The X10 is a nice little camera but I was never really interested in it as I have an X100. However, I got this one for $40 bucks because there was supposedly something wrong with it. What that is I don’t know because the camera takes great pics and is much better than I would have thought!