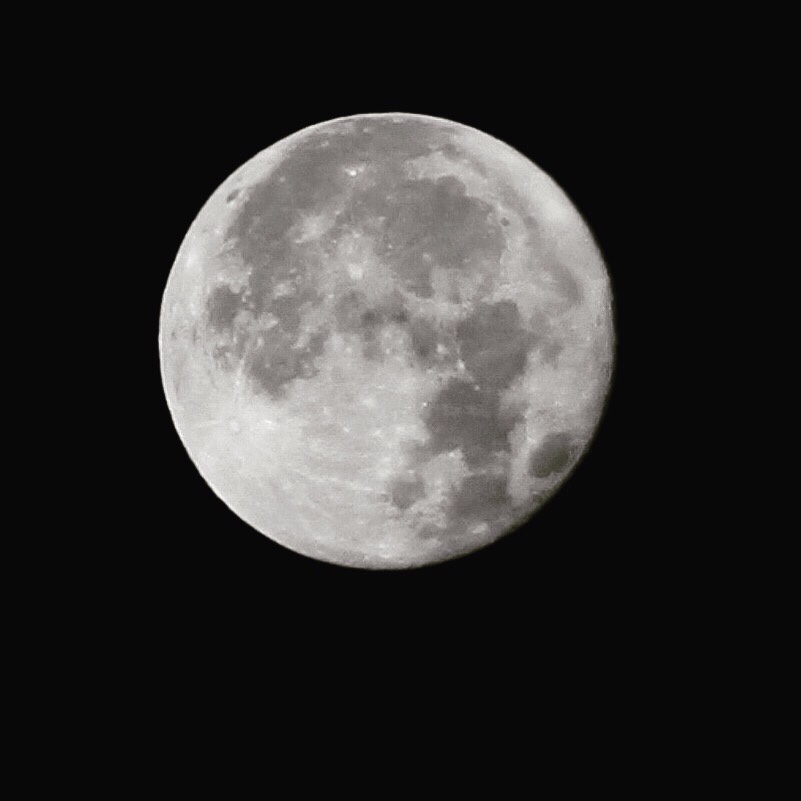 The title of this image might be kind of trite (that Duran Duran song from the 80s!) as is the image, yet another image of the moon it seems.

I didn’t post it last week because honestly I wasn’t all that impressed with last week’s “Super Moon.” It just didn’t seem that much bigger or all that different from the “regular” full Moon.

Yes, I know the effect would be enhanced when the Moon is near the horizon but I didn’t have the opportunity at that time.

I’ve also been spoiled because I used to take Moon photos through my telescope and the level of detail is much higher in those images. The above was taken with the 5DII using a Meade ETX-90 Maksutov telescope.

Nevertheless, considering that the 70-200mm zoom lens is much less powerful than a telescope, I guess it didn’t do too bad.

One note which may be helpful for those trying Moon shots through a similar camera/lens outfit…When in AV or Program mode the 5DII overexposed all the shots when using these modes. Manual mode, including stopping down and increasing the shutter speed and playing around with ISO speeds was needed to capture the features on the Moon. The camera in auto washed the details out.

It’s not hard to shoot the Moon though and it’s great fun. I hope you try it the next time the Moon is out. You don’t even need to wait for a Super Moon but you’re in luck because I believe there’s going to be another Super Moon (or two) next month! Cheers! 😊

4 thoughts on “New Moon On Monday”