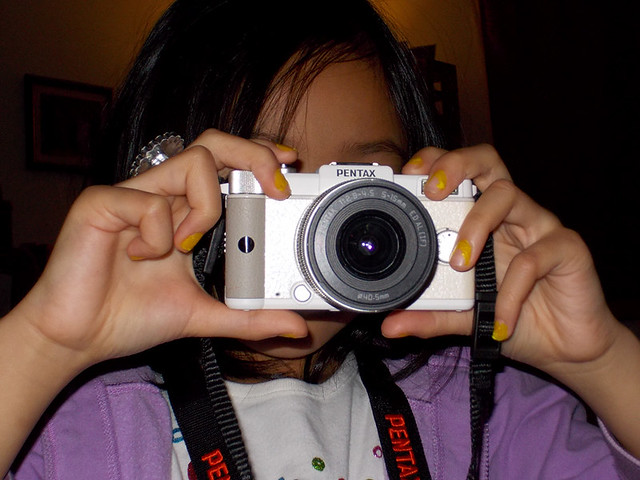 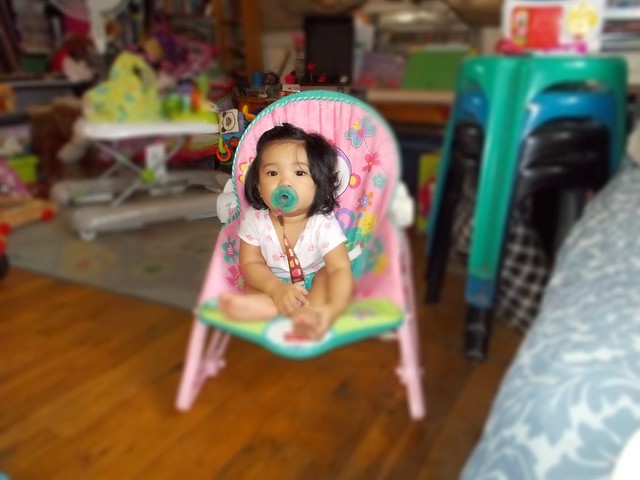 The Pentax Q. Not just a toy camera! 🙂

Since its introduction nearly five years ago, Pentax has introduced several different versions of the Q. To be clear, I am only talking about the original Q as it is the only one I have any experience with.

The Q uses a 1/2.3″ sensor and has a crop factor of 5.6x which means for an example, a 50mm lens would become a 280mm telephoto. Shallow depth of field or bokeh is hard to come by on such a small sensor. On the other hand, it’s easier to get everything in sharp focus with a small sensor so you might lose one thing, but you gain another. Only you can decide if the Q fits your shooting style.

I must admit, when I first saw the Q I instantaneously fell in love with it! Such an adorable looking camera. But the more I read about it, the less I wanted it. People were trashing Pentax for having released an interchangeable lens camera with such a small sensor. “What’s the point?” was what a lot of people said.

So I kept it out of my mind for a while until some time in late 2012 when they were having some really good Christmas deals on the Q.

So I finally got my hands on one and right away I was impressed with the solid build quality! It felt more solid than I expected for such a small camera. The body is made of high grade magnesium alloy and it feels like it.

Ergonomically, it’s excellent. With the power button, mode dial, shutter release and control wheel on the top right. The play button is on the top left of the camera, which is not typical for a digital camera, but you get used to it after a while.

The menu and dedicated buttons for ISO, flash, drive, and white balance are on the back right near the LCD. There is no optical viewfinder, no electronic viewfinder and no add on for an EVF.

The flash has a dedicated switch on the top left of the camera and pops up like a jack in the box. You won’t be blocking the flash on this tiny camera 🙂

The thing that impressed me most about the Q’s build is that they were able to build a separate SD card slot on the camera’s right side! I prefer this over the usual SD card/battery chamber that you see in most digital cameras.

The only bad thing about such a small camera as far as handling is concerned is that it might be too small. The camera feels great, but I can definitely see dropping this thing. I would probably recommend a hand strap, even though I am not currently using one. I’m still waiting to drop it 🙂

Anyway, to me the supplied strap is a bit overkill for a camera this small. It’s really pocketable, which is what I do. I did have a hand strap on it for a while, but even that felt like it took away from the camera’s unique and tiny proportions.

The camera offers very good AF performance, quite snappy, fast if not super fast, but accurate, even in dim light using the center spot.

Even though I’m not a fan of novelty, there are some cool effects you can use to accentuate your pics including toy camera, miniature, fish-eye and quite a few more. There’s even a mode that tries to create some bokeh for you because it’s not easy to get bokeh with this camera. I have tried it and it is cool, but it doesn’t work all the time and it doesn’t substitute “real” bokeh from a fast lens and a larger sensor. Still, it’s pretty cool that they thought of this and put this effect in the camera.

“Madam Z” 2013. Pentax Q, 8.5mm f/1.9 Standard Prime. An example of the in-camera bokeh effect. As you can see, it’s not quite natural, but it looks quite nice in its own way, and it’s a good option to have on such a small sensor camera.

The Pentax Q takes very good to excellent images, especially in daylight. It is very good for what it is. Don’t take that as a back handed complement. In fact, I think it speaks very highly about the Q. For a camera with such a small sensor, it provides nice looking images. It matches or exceeds what I see from most phone cameras, but there are some phone cameras today that might do better in image quality.

“HoneyTone” 2015. Pentax Q, 8.5mm f/1.9 Standard Prime. ISO 3200. Straight out of camera and only resized. The Q retained nice tone and detail, despite the noise present. Only you can decide whether this level of noise is objectionable to you.

It will not and cannot reproduce what you can do with a fast lens and larger sensor, but it was not designed to do that.

So if you have an interchangeable lens system with a sensor so small that it matches or just exceeds most phone cameras, you may be asking as I mentioned earlier…what’s the point?

To be honest with you, I’m still asking myself that today! On one hand you can change lenses, but even with the fastest lens they offer, the 8.5mm f/1.9 which is equivalent to a 47mm lens, and the DOF is increased substantially due to the 5.6x crop factor, so while I can’t figure the math off the top of my head, what I can say is that you’re not getting the same shallow DOF as you would with a 47mm f/1.9 on a full frame sensor, not even close.

But you can always use the good old trick of getting in real close to your subject and coax some bokeh out that way.

While there might not seem to be much point to it as an image maker, I think the real point of the Pentax Q is what it is…a truly small, well built, and pocketable camera that you can take anywhere and get the shots. They may not be the best technical shots, but because the Q is so small, you can always take it with you and you could get shots that you might have missed by not taking your larger systems.

Not like you couldn’t do that with your cell phone these days, but none are built like the Q, none feels like the Q and none have the charm of the Pentax Q.

Prices for these are trending from $100-250, depending on body/lens configuration. Remember, I am only talking about the original Q. More than its picture taking abilities, I think this camera belongs in any collector or gadgeteer’s collection.

I think that just by virtue of how unique it is, the build quality, and the overall very good image quality, the Pentax Q will become a Camera Legend. In fact, I personally think it’s one of those rare cameras that could be considered an instant Camera Legend the moment it came out.

I love the Pentax Q, I really do. In fact, I loved it so much I gave it to my kids 🙂

The Pentax Q is certainly not a toy camera, but…it could be! One thing for sure, it’s a lot of fun 🙂