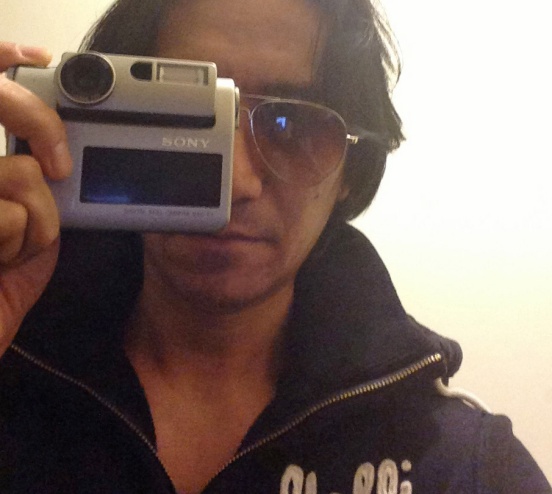 “Cyber Cam” The Sony DSC-F1 from 1996 is an 0.3mp digital stills camera and is considered to be Sony’s first digital Cybershot camera.

Now here’s a camera not many of you today remember, heard about or even knew existed. Web searches are scarce, this is a forgotten camera and probably justifiably so. But it was a first for Sony.

The very first Sony Cybershot camera is the Sony DSC-F1 from 1996. This camera featured a 0.3 (!) mp sensor, a fixed 35mm equivalent f/2 lens, and a 1/3″ sensor that produced VGA quality 640×480 pixels. The camera has a unique swiveling lens. This could’ve been one of the first “selfie” cameras 🙂 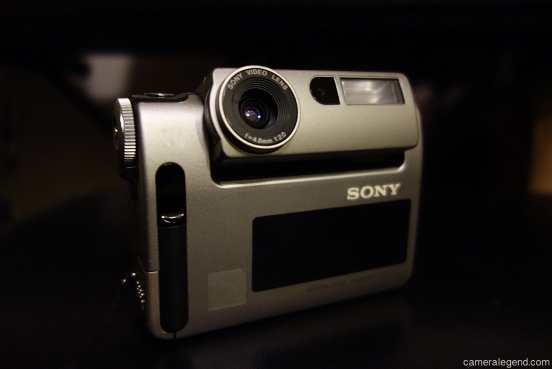 It does not say “Cybershot” anywhere on this camera, but it has the distinction of being the first “DSC” stills camera from Sony which is why it is considered a Cybershot. Before entering the still camera market, Sony had been known for producing quality video camera for years. It is interesting to note that at the time of its introduction, Sony was so new to this that the lens on the DSC-F1 says “Sony Video Lens.”

I got this camera for ten bucks. I have no samples to show you because it requires a hard to find, old school serial PCI type cable to download the images. The camera also has an IRDA port to transfer images wirelessly. Ahead of its time!

If you wonder what that 0.3mp quality would be like, just imagine an old school web-cam. It’s dreadful. That’s what this camera basically is.

You don’t see them for sale often, but they are not worth much if anything. And I don’t know if it ever will be. But being the first Sony Cybershot camera, the DSC-F1 is indeed a Camera Legend. I love the design and the way it looks, that’s the only reason I got it.

Sony has just announced the Sony RX1R II. Major specs from reading the Sony press release are: 42.4 Megapixel full-frame sensor, apparently the same BSI-CMOS sensor as the A7RII, 35mm f/2 Zeiss Sonnar T* lens, retractable XGA OLED viewfinder, faster AF (same system as A7RII) and the world’s first optical variable low-pass filter. You can actually choose whether or not you want the AA filter in front of the sensor and if so, the levels, i.e., off, standard or high. There is of course a lot more to this camera, but you can find all you need to know by checking Sony’s site or searching the internet.

The original Sony RX1 was a high-end point and shoot camera introduced by Sony in 2012. It is a fixed lens camera with a 35mm f/2 Zeiss Sonnar lens and a 24.3 megapixel full-frame sensor.

I must admit, the Sony RX1 was one of those cameras I coveted, but could never get myself to buy. I loved the way it looked, I loved the way it felt, and I loved the files I saw from the camera. However, I couldn’t plunk down $3000 for a fixed lens digital. I didn’t have the cash and even if I did, I just couldn’t do it.

I buy and sell cameras. I’m not rich and I have a family to feed so I have a budget. For me to afford the next camera I get, I have to sell the last camera I got. And with today’s flooded market, that’s not always easy to do. All the cameras I’ve reviewed here, I bought with my own money. I don’t get cameras sent to me for review and I don’t get invited to press events.

My blog is relatively new and I thank each and every one of you who have stopped by, left a comment, or help support it. It’s just the grassroots blog of a guy who, just like you, loves cameras and wants to share what he’s found along the way. There IS a reason for those horrible low-budget selfies 🙂

As mentioned elsewhere on my blog, I would pay for quality but I like cheap. For me to get an RX1, I would have had to sell off a lot of stuff for a digital camera that would depreciate over time. I would rather get a Konica Hexar or Ricoh GR1 and deal with the hassles of developing film, but that’s just me.

That said, I would have to say the files I saw and downloaded from the RX1 were among the most impressive I have seen from a digital camera or any camera for that matter. The camera felt great and the files had a look, depth, and ‘pop’ that you only see when you have a near perfect camera/lens/sensor combo. The RX1 had it. I’m sure the RX1R II will take this to the next level.

Below are images of the RX1R II distributed by Sony, so you may have seen the images on other blogs as well. While the RX1R II is not available in stores yet, I’m sure it’s going to be a HOT seller. People love this stuff man, we all do! 🙂

Anyway, if you want to sign up for notification when the camera is in stock, you can do so HERE.

and their vast network of dealers. Even if what you find is showing $2700 etc, etc, etc, when you click on it and scroll down, you will find the USED or REFURBiSHED units. That’s where the deals are. 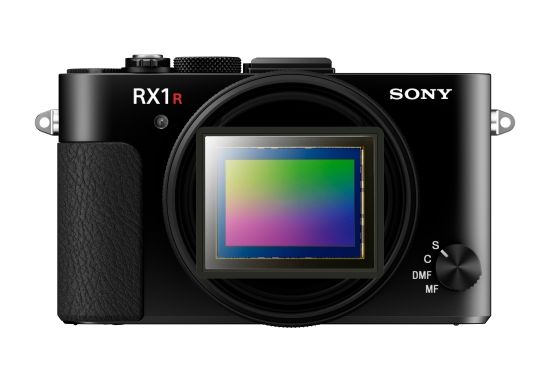 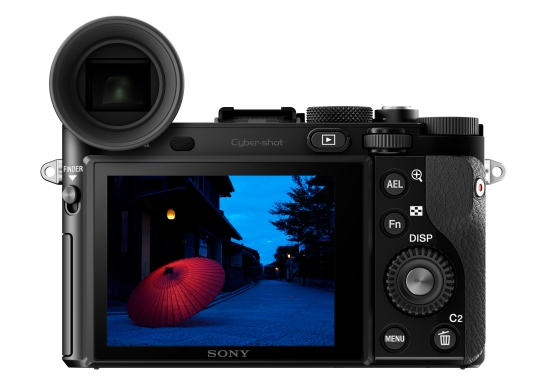 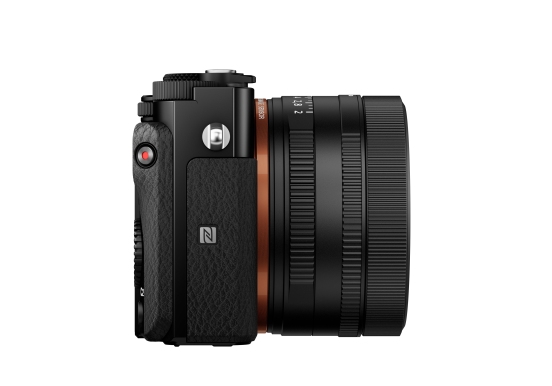 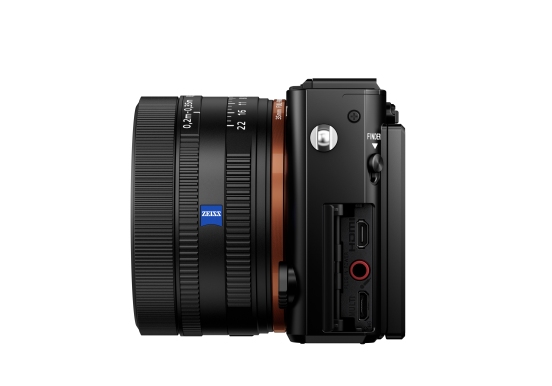 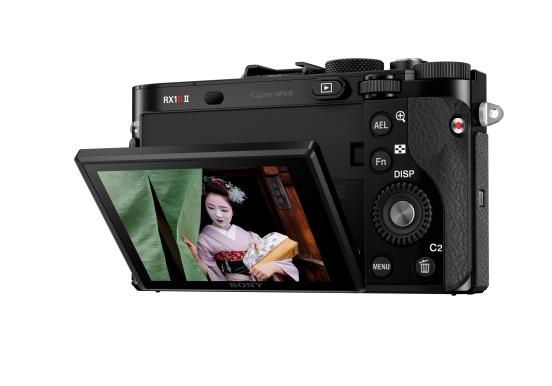