“The Mountaintop” 2005. With the 1Ds in 2005. Please excuse this funky pic! At that time, I felt I had been to the “mountaintop” and wanted to show that I, the “Ghetto-Blaster” and a mere mortal, could also hold in my peasant hands, the Camera Legend that is the Canon EOS-1Ds.

The Canon EOS-1Ds is an 11.1 megapixel full-frame digital SLR, released by Canon Inc 2002.

While not the first 35mm full-frame digital (the Contax N Digital I also reviewed is), the Canon EOS-1Ds ruled the roost as the “King” of digital photography and had a segment of the market all to itself for quite a few years.

Why? Because to have 11 megapixels and a full-frame sensor in 2002 was totally and utterly mind blowing!

It’s hard to appreciate this in today’s flooded market of 24 to 42mp full frame cameras, especially if you’re relatively new to all this. You should try to “transport” yourself back to 2001, even before the 1Ds came to market, but even then it’s not as mind-blowing as having lived through this era.

In 2002, we were still barely out of the 3mp range when it came to high end cameras. The 2.7mp Nikon D1 and the 3mp Canon EOS-D30 were the hot cameras of the day. Six megapixel cameras were coming to market. But the EOS-1Ds was on another plane altogether.

I still remember it well. The 1Ds was at a level where very few “mere mortals” like myself could reach. Not only was it incredibly expensive at $7999, but there was such an aura around the camera that made it seem untouchable for many like myself.

THE 1Ds AS A CAMERA

Since this is not meant to be a full throttle review, I will just state some of the key features and deficits of the 1Ds.

The 1Ds, as with all EOS-1 series cameras, has an impressively tough build quality and iconic looks. You know a 1D series camera when you see one, you can’t mistake it for anything else.

The 1Ds is an autofocus camera with 45 AF points. The AF system was similar to all 1D series cameras of its time (1D Classic, 1D MKII) and is derived from the EOS-1V film camera, the last and most advanced pro EOS film camera.

The AF is quick and accurate in all but the lowest of low light settings. Canon’s 1 Series cameras have always had excellent autofocusing abilities and I have nothing bad to say about this. 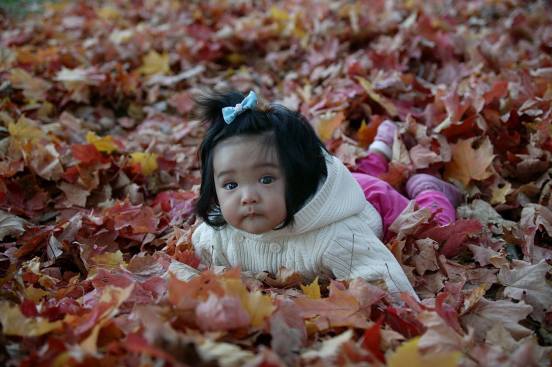 The back LCD is small and low resolution at 2″ and 120,000 pixels. Image playback magnification was available, but had to be done through a two step process that was clunky to use.

If there was a candidate for a “classic” digital camera, the original 1Ds is it.
In fact, today people refer to it as the 1Ds Classic.

That is true, and it is a digital classic, but the main reason people refer to it as the 1Ds Classic is to differentiate it from the couple of incarnations that came after it, ie, the 1Ds Mark II, and the 1Ds Mark III.

The 1Ds had a huge impact at the time of its introduction. It is often considered the camera that “killed” off film as the professional photographer’s medium of choice.

As a film lover, I have to say that filmed being “killed” by the 1Ds may be a bit of an overstatement. I mean, of course, film is still here with us, thank God, nearly fifteen years later.

However, in some ways, it is not an overstatement at all. When you look back to 2002, the 1Ds really did have a huge impact on the perception that digital was not able to compete with film yet. It changed that notion for many photographers.

Eleven megapixels was huge in those days, kinda like 36 megapixels today, so keep that in mind when enjoying your new 42mp camera 🙂

Many who used the 1Ds back in the day were saying that not only was it as good as film, they were saying the 1Ds surpassed film in overall quality. Professional photographers who were shooting 35mm and medium format film took to the 1Ds in droves.

THE RISE OF DIGITAL AND THE LEGACY OF THE 1DS

I remember back in 2002-2003, many non professional photographers (myself included) were day-dreaming about owning the 1Ds and imagining the detail possible with that “titanic” 11 megapixel resolution.

The 1Ds was one the first digital cameras that really showed the true potential of digital photography. I truly believe it is one of the cameras that pushed film photography into the niche market that it has become.

The 1Ds took digital image quality to another level. You can search and find all the photographers, including very hard to please landscape photographers raving about it. Fashion, portrait, and advertising photographers also took to it.

But the 1Ds also reminds us that with digital cameras, you’re King for the day, and a has-been by tomorrow.

Swing over to today and think of the 36mp, 42mp, and 50 plus megapixel cameras we have now. Take the lesson from the 1Ds that eventually these “high” resolution numbers will seem like nothing 🙂

I sold everything to buy my first 1Ds in 2005. I bought it from a professional fashion photographer who swore by it and took some really awesome shots with it.

But for me, as a street and available light shooter? Sold it in two weeks. Hated it! Why? I was shocked at the noise in nearly all iso settings. The 12mp 5D had just been released and I had such buyer’s remorse. Got a 5D afterwards and was much happier.

I was able to get a 1Ds in 2012 as part of a trade deal, and having more experience with post-processing, as well as  appreciating “grain” I have come to love the 1Ds. Thanks to a relatively weak AA filter, it produces images with great sharpness, and the noise can actually be used as a creative part of the image. I hate to say the overused cliche “film-like” but this is one of those cameras where you can coax that elusive film-like digital image with some work.

To this day, there are people who swear the 1Ds can produce “magic” that few
cameras can. I’m not sure it can defy the laws of digital nature, but it certainly is one of the few cameras out of the many that I have used, that has an undeniably powerful aura about it. The original Canon EOS-1Ds is a true Camera Legend that had a titanic impact on the world of photography.

Make no bones about it. Compared to today’s cameras, the 1Ds is severely out-dated and out performed.

But it has a few things going for it. It is a full-frame camera, which still keeps it in the top tier, even for an older digital camera. It has a weak AA filter, which I mentioned. It has 11.1 megapixels, which may not be incredible for today, but is still plenty good enough. I’ve always said anything ten megapixels and up is usable for almost anything, except for that high budget ad campaign where you need a Hasselblad H4D 60mp, that you and I won’t be doing 🙂

The great news for all camera lovers is that the 1Ds has gotten quite affordable. If seeking one of these, prices are trending at $300-450.

I would highly recommend buying from a place where there is a good return policy because the 1Ds is really old on the market. Canon no longer services these cameras and I don’t know who does. The good thing is that these cameras were built to last for a very long time. The bad news is that, as with all electronic cameras, they can fail tomorrow. For a safe purchase you may try HERE and HERE.