Somebody asked me the other day if I still shoot digital and I said of course Daddy! I always take both a film camera and a digital camera with me almost everywhere I go!

If you’ll note most reviewers in my age bracket who grew up on film and were young enough to appreciate digital when it came out, we have no problem shooting both. It’s mostly the hipster kids who shoot film exclusively even though they were not around during the film era. Kinda funny I think! 😊

Below are some examples from the original Sony A7r 36mp and the Carl Zeiss 35mm f/2.8 Biogon in Contax RF mount. Please forgive the funky colors in some of these shots I just posted them as is for you to check out. The only ones I processed were the black and whites.

The Sony A7r was my last major digital purchase. I use it to test vintage lenses. For the past couple of months it’s been the Carl Zeiss 35mm f/2.8 Biogon.

All I can say is what I’ve told you guys before…the 35mm f/2.8 of any make is such a boring lens that I’d never consider buying one, except for the Zeiss Biogon of course!

Besides It’s the only decent normal/wide angle I can get for the Contax RF and fairly cheap. But optically, I’m not sure it’s any more exciting than any other 35mm f/2.8 lens 🙂 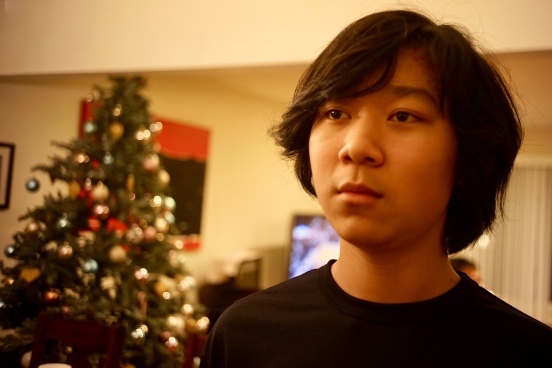 “Razor’s Edge” 2018. Sony A7r, 35mm f/2.8 Carl Zeiss Biogon for Contax RF. You need to get pretty close to induce some bokeh out of the Biogon but the bokeh is fairly neutral and though not full of character, it’s not distracting either at least to my eyes.

This is not my final verdict on the lens by any means. I still need to see how it does on film. This is an old lens that was made for film.

As for the A7r I don’t see myself upgrading to any of the latest and greatest. They can try to sell me all the #bs about why the newer models are better but honestly my only complaint about the old A7r is poor performance with ultra wide lenses which I don’t use much on this camera. And I’ve yet to get a native AF lens for the camera.