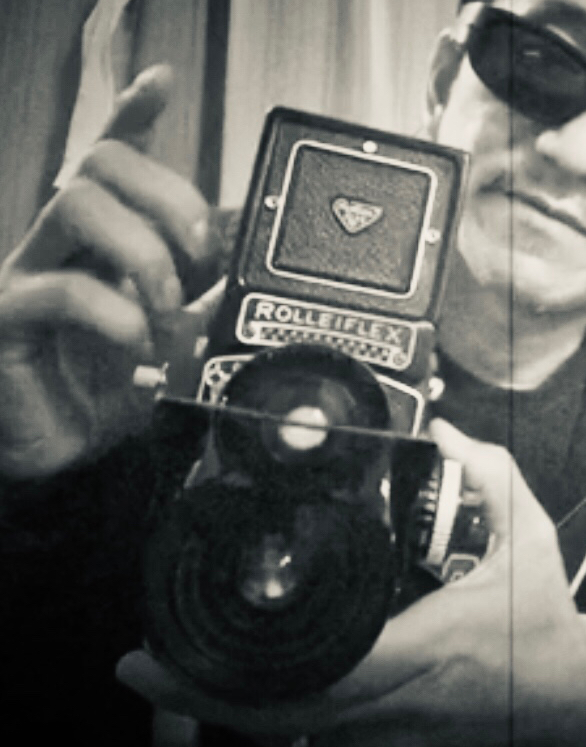 As stated in the video, when I first thought of doing this, I just wanted to take you guys through the process, give people an idea of what a film developing session is like, for me at least.

The focus was not really to show you pretty results or anything, although the results are just a by product of this.

The goal was to see if this would work for me as a poor man’s Rollei Wide. The Rollei Wide is the Rolleiflex with the 55mm f/4 lens. The prices for these cameras are insane, like $3000-4000 insane! Like Crazy Eddie’s “Insane!!” 😀👍🏻

They have pretty much become collector’s items. In comparison my poor man’s version cost me $400 total.

I’ve read in many forums and discussions that the Mutar is junk, that it doesn’t get sharp until you stop it down to f/11 or f/16 even. But there were a few who said it was very good, fine even. Since opinions differ greatly, I wanted to find out for myself.

Maybe I’m not as demanding as the $4000 Rollei collector but the sharpness is perfectly acceptable to me. Center sharpness is best but even corner sharpness is not bad. Sure it may not be a match for a $4000 Rollei Wide but the point here is that this is good enough for me! If you want to see the photo larger, just pinch the photo to enlarge it if you have a phone, tablet or smart computer.

The film was Ilford HP5 Plus developed in ID-11. This is one of the frames I developed in Part II of my video.

I still have some more testing to do with the 3.5F and Mutar but needless to say, it works for me! I’m happy with my poor man’s Rollei wide and as most of you know, you can’t get much better in photography than getting something good for cheap! 🙂

Also in this video I discuss a little bit of the basics you would need to get started in the fascinating world of black and white film developing.

To make it easier, here’s a list of the items you would need. Please understand, these are affiliate links. You pay nothing extra and I may get a few cents, maybe not even enough to buy a cup of coffee but every little bit helps the site to grow.

As always, thanks for reading and I truly appreciate your support!

I’m pulling together the rest of the roll as well as some from a roll I developed tonight for the next video.

As seen in the YouTube videos, I’m not always textbook when I comes to developing. Perhaps I’ve gotten sloppy and I’m certainly not advocating you get sloppy.

Many years ago when I started developing film again, I was always by the book. The exact amount of developer, fixer, the exact number of minutes.

But over the years, and not on purpose either, I began to get off the books. I would sometime miss a minute of agitation here and there. Sometimes I would forget and leave the stop bath for an extra two minutes. Sometimes I had little fixer left but used it anyway with an extra dilution of water and extra minutes.

To my surprise, my results were almost always the same as when I did it by the book.

Now C41 color film development I do find to be much more of an exact science when it comes to time and temperature. This is what I want to explore in the coming months.

As for the above photo, I do love any chance to have the girls stand still for a photograph and while I’m happy to have this portrait I was testing for something very specific with regard to the Rolleiflex 3.5F. I will share this with you in upcoming posts. Why not today? It’s not because I’m trying to build anticipation lol but simply because this would take up a whole article in itself! 😀

Thanks for your time and happy Tuesday good peeps!