Did you take a perfectly good photo or even a bad photo and “funk it up” using one of those cool Instagram filters? Come on, admit it…Yes, we’ve all done it! 🙂

In the past few years, there has been a resurgence of what I’d like to call “ugly” photographs. No disrespect intended to any one photographer, I myself have posted many “ugly” photos!

The Diana F+ “Toy Camera” by Lomography. Worn out and missing its plastic lens.

So what do I mean by “ugly” photos? Well, I’m talking about photos that are blurry, have lots of digital grain or noise, vignetting, fake scratches, funky colors, HDR, and a myriad of other things that try to accentuate the actual photograph.

When I started taking an interest in photography in the early 80’s, we’d always send out our film for developing and prints. The “good” photos were sharp, clear, and well exposed. The “ugly” photos were blurred, under/over exposed, and the colors were funky. The ugly photos were relegated to the trash bin, or for me, the bottom of the stack since I never throw away photos.

In the film days, I don’t remember many people looking at a blurry print with wonky colors and thinking it was beautiful. Yes, you had the occasional odd print that was technically horrible, but looked pleasing to the eyes. However, there weren’t many of them.

Today though, people relish in these things! Why? Well, I’m sure a lot of it has to do with today’s Instagram society. Of course, Instagram provided an easy way to “funk up” your photos by making them look old, faded, blurred, etc, etc, basically all the stuff I listed above. 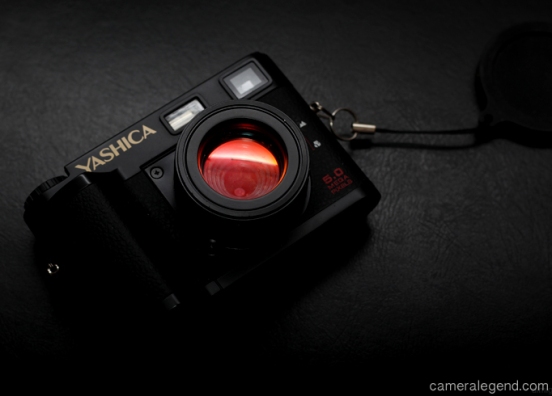 As digital cameras get better and better, the images look cleaner and cleaner. They look “perfect” at times, and as such the images begin to look homogenized, pasteurized, and sterilized. A technically perfect image begins to look bland because of how clean it is.

“The Hydrant” Yashica EZ F521. A perfectly bland, unremarkable image from the Yashica digital toy camera. Something that could only be appreciated by the “Age Of The Ugly” society 🙂

And with so many people into photography these days, some try to stay above the crowd by using these filters or techniques that will give that extra “oomph” to their images.

There’s also a bit of nostalgia for that film-like look. Many youngsters today are actually shooting film. Some actually love it, and some are hipsters riding on what they believe is retro cool. I suspect most are in between.

I ran into a teenager recently in Central Park shooting with a Polaroid One Step, and I thought “Dude, seriously?!” 🙂

Anyway, I was happy to see such a young person with a Polaroid, it can only be a good thing.

The iconic Polaroid SX-70. Apologies for the poor quality of this photo. It was a quickie done for my Instagram stream.

Speaking of Polaroids, this is probably where it all began. Let’s face it, Polaroids were never about high technical quality. They were originally intended for quick prints and proofs. The resolution was never really high on small Polaroid prints, except for some of the oldest instant films which have not been made in years.

The Polaroid’s best distinction was the ability to give a unique “look” due to the soft prints, the unpredictable color shifts, and the best of user error. And each and every Polaroid instant print is unique because each print represents that very moment the shot was taken.

The most ironic thing to all of this “ugliness?” Well, since I started shooting film in the 80’s I have seen 35mm film improve year after year with super-sharp films like Fuji Velvia, Kodak Ektar, and a few others. Then you needed to step up to medium format to get even better, sharper images with even less noise. And then, if you wanted to take it further, you had large format film with its superior sharpness, detail, resolution and lack of grain.

All of a sudden, digital photography comes of age in the late 90’s and early 2000’s. The cameras and lenses got progressively better and sharper. The images had less and less digital noise, distortion, and we get to cameras and lenses that can take near perfect images in almost any situation, which is where we are at today.

So as a “backlash” to all this progress, we are back to wanting “ugly” 🙂 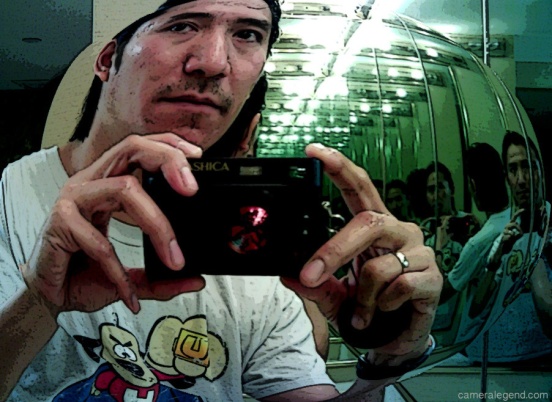 “Underdog” 2011. Shot with the Yashica EZ F521 “Digital Holga.” Toy cameras with all their “ugliness” can be lots of fun to use and can produce unique images.

Again, I’m not knocking anybody, but trying to understand the evolution of what I’m seeing in photography today. I’m guilty as sin of posting many, many ugly photos! Personally, if an “ugly” photo is done well, it can be a beautiful thing. Some people do it really well. I am not one of them though, but I try 🙂

“GPS” 2010. Shot with the original 2mp iPhone and Hipstamatic.

But to understand why people would throw all this photographic and technical progress away and funk up their photos with beautiful ugliness, there is no answer. All I can think of is that line of the Michael Jackson song…”If they say why, why? Tell ’em that it’s human nature” 🙂 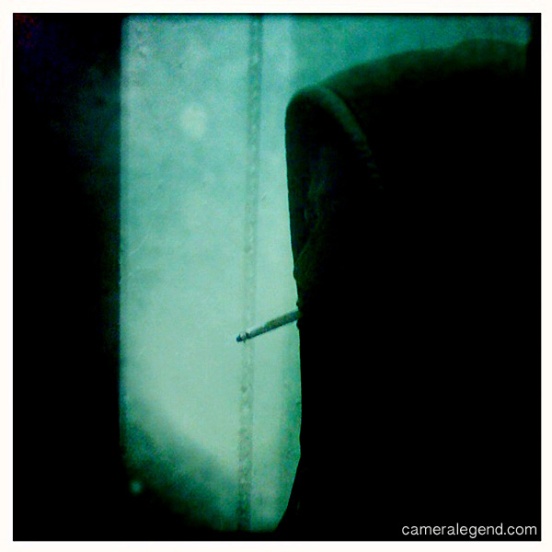 “Smoke Daddy” 2011. Shot with the original 2mp iPhone and Hipstamatic.

“SX” 2011. Shot with the original 2mp iPhone and Hipstamatic.

Note: This is just one man’s view and commentary. I do realize that art is highly subjective. In fact, I used to say myself, “One man’s art is another man’s junk.” 🙂

However, this is about photography more so than art and when “art” begins taking over your photographs, then you’ve got something different from photography. Thanks for stopping by! I do appreciate the time you spent. Thank you.