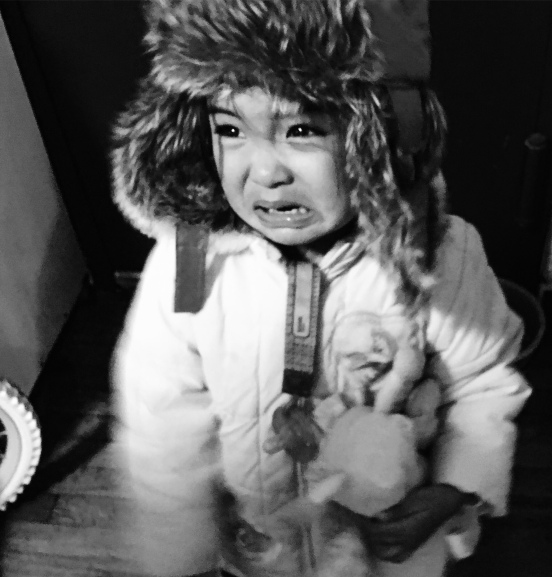 In keeping with my pledge/attempt to be more active, here’s a posting for today.

Cell phone digital black and white photography has arrived. Actually it’s been here for a while, but I’ve just never completely accepted it. Until now. Maybe 😊

“Kid” 2010. iPhone 3G 2mp and Hipstamtic app. I’ve been experimenting with cell phone photography for quite some time, going back to around 2001. It started out as a novelty, the early phone cameras were horrible but today the cell phone cameras are good enough for prime time.

In the days of film we had no choice but to shoot…film! 😊

But then in the mid to late 1990s a little thing called “digital” happened. Suddenly we got instant gratification and especially for photographers, things never looked better. Or so we thought 😊

In those early days of digital, color photography was already somewhat lacking so digital black and white was nothing more than novelty.

As the nineties turned into the 2000s, better and more capable cameras appeared and those of us experimenting with digital b&w were saying hey, this digital b&w thing might work! 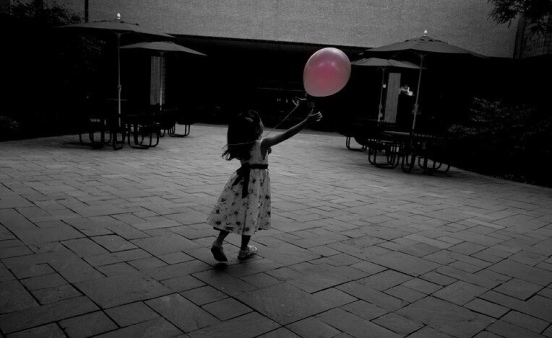 “Little Girl With The Pink Balloon” 2011. Ricoh GR Digital 8.1mp. I almost never do the novelty selective color thing, but here’s proof that I too fell for it at one time 🙂

I got my first copy of the original Ricoh GR Digital 8.1mp in 2006 and that camera (which I’ve reviewed and praised often) made me totally accept that digital b&w had arrived and was more than acceptable to me as a person who shot b&w film exclusively for years. It was finally good enough, indeed more than good enough for me.

Flash forward to today. Cell phone photography rules the world. Cell phone cameras have gotten so good I often tell people these days that they could easily do away with the traditional small sensor digital point and shoot and just use their phones instead. And indeed, that’s my recommendation. 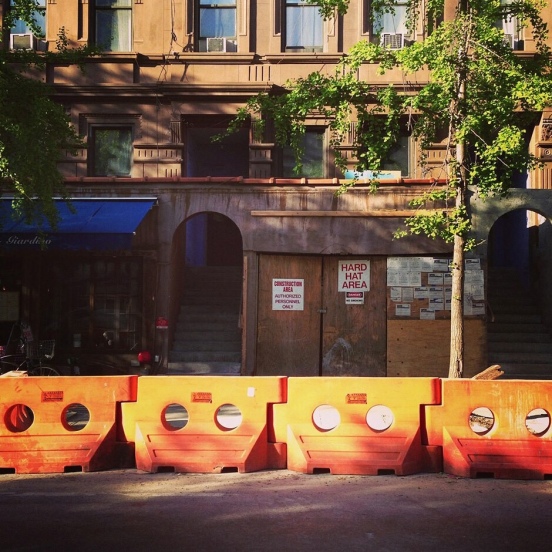 According to reports I have read, sales of digital point and shoots have been on the decline for years now, primarily due to the popularity of cell phone cameras for general photography.

“New Year’s Day.” iPhone 6s Plus with Argentum b&w photo app. I hate to use the same U2 line that I’ve been using for almost thirty years, but “nothing changes on New Year’s Day” 🙂

But now I think we are crossing this bridge too. Most of the b&w photos in this article were taken using my “old” iPhone 6s Plus with some of the popular mobile photography apps being used by today’s photographers such as Lightroom, Snapseed, and Argentum, the last is exclusively for black and white photography.

In comparison to b&w film, I don’t believe any of them can quite match the look of true monochromic film images, but then again, what digital camera really does? I’m sure some will say the Leica Monochom can, but to me, even after looking at many, many samples from the Leica MM it still looks like digital b&w images. Superb digital, heck maybe even “film-like” (at times) images to be sure, but on the whole, still quite digital. I mean, that’s not necessarily a bad thing.

There are many “crazy passionate” people (as I call them), who would probably be angry that I said Leica Monochrom images look digital, but I have the ultimate answer for that…

So back to the b&w cell phone apps. In many instances a lot of the popular presets appear too dramatic, too dark and contrasty. There’s apparently a lot of people that like that kind of look I guess. I do too, but not all the time. Other filters can appear too flat at times. Keep in mind, most of the popular apps offer you the option to edit the image, tweak the filter to your liking.

My workhorse film is Kodak Tri-X and in my opinion, this film does not natively produce such dark and contrasty images. There are films out right now that do offer that kind of look. I would say off the top of my head Japan Camera Hunter’s JCH 400 is one of the newer films that offer that dark and contrasty dramatic look.

Though none of the apps are perfect, overall though I’m quite impressed with them. I hate to say this, but my iPhone and these apps may replace my beloved GRD!! No, the camera’s not for sale, not yet anyway 😀

Another amazing thing to consider is back in the mid 2000s, before Lightroom came out, many photographers including myself were using Photoshop to tweak every picture to our liking. If you’ve been posting photos online since the early 2000s, you know what I’m talking about.

“Dreamtime” 2010. Canon 7 Rangefinder, 50mm f/0.95 Canon “Dream Lens.” In the days of film, people “dreamed” of the day when they could have something easy like digital black and white on their cameras. They got it. They probably never dreamed of having it so easy on their phones. They got that too. But now that the dream has come true, do we really want it? 🙂

Flash forward to today. The cell phone camera and all the apps and filters available for them can virtually do all the work for you! And most offer some level of control, allowing the user to tweak the levels to their liking.

This is nuts!! I used to spend hours trying to get images to my liking and now we have filters that produces almost the same end result immediately? As I said, nuts!

I have friends who still think they need a little digital point and shoot which they see as a “real” or proper camera. Coming from a traditionalist mindset, I can understand this. But in all honesty, for most of your point and shoot needs, I think your phone might be all you need. Most phones today shoot fast, and they are really perfect for street photography.

To be honest, the cell phone cameras are getting good at almost every kind of photography! They are in constant use by everyone, nearly everywhere. Ironically, by being so “in your face” all the time, the cell phone cameras are perhaps the most stealthy, inconspicuous cameras you can use. Plus you have nearly endless editing options with the apps available. And let’s not forget to mention, the ease of uploading photos and videos for sharing to friends, social media or what have you.

As great as all that sounds, one thing you won’t get just yet is any props for your phone shots. I’ve said it here before, everybody knows how easy it is to get a shot with your phone and probably the most uncool thing to say to another photographer is…Hey, I shot this with my phone! 🙂

But just because it’s easier to shoot with a phone, does that necessarily mean it’s no good? I’ve said it before, it’s in human nature to want things the opposite of what you have. If it’s too easy, we want it hard. If it’s too hard, we want it easy. You can’t win with human beings 🙂

But with an open mind, you can begin to appreciate that a cell phone camera can be used like any other camera. Sure, the phone makes getting the shots easier but the actual photography, ie, the subject, the light, the composition still remains exclusively in the eyes of the photographer.

Some people worry that they won’t have the same level of control on their phone cameras. With today’s phones, depending on your phone and/or the apps installed in it, you can have almost complete photographic control on the camera in your phone. In most instances though, most of today’s phone cameras can deliver consistently excellent results. So much so that you needn’t really worry about fiddling around with the settings, as much as you’d want to. Cell phone photography is all about getting the picture, and in that way, it ironically stays truer to the original goal we all have of getting the shot than most cameras do.

“Brother Fro’s Ramen” 2017. iPhone 6s Plus and Argentum app. Brother Fro mentally debates whether he wants that ramen or not 🙂

And yes, should we finally get to the cell phones Achille’s heel, a thing we like to call “Bokeh?” We all know that’s a weak point for cell phone cameras. But with the recent “portrait mode” fad with the fake bokeh, heck the cell phone cameras are heading into DSLR territory! I’ve seen some really bad results but I’ve also seen some impressive results. I’m no fan of fake bokeh, but in some instances it’s getting scary good.

I know you truly traditional photographers out there, I’m not moving you one inch. You’re not convinced! Hey, it’s ok 😊

But for me, I see it. Cell phone has taken the world by storm and it’s been here for a while now, but I finally think I have to accept that cell phone b&w photography has arrived and it’s only going to get better. Keep in mind, the photos in this article only shows results from an iPhone and some modern apps. There are other phones and other apps out now that shoot b&w just as well or better. There’s also cell phones out there right now such as the Huawei P9 or Mate 9 that have a Leica Monochrome sensor in them. I haven’t even tried these yet, but I’m going to try to procure one for review.

As much as I have grown to hate developing and scanning it, I’m going have to chuck it up and do more of it. Film is the last organic thing left in photography.

Why bother shooting film if it’s such a chore? I don’t know about you, but I love the art! To paraphrase someone famous, I shoot film not because it’s easy, I shoot film because it’s hard (compared to digital). I love torturing myself 😊

Aside from the art, I do love the tactile feel of working a fine piece of machinery and manually controlling it. Many of our readers here, I know you do too.

But, if I want easy digital b&w (and I do sometimes want EASY) then I think I can do it with my phone! But it’s a love/hate thing. Just as the song said, “It’s a thin line between love and hate.” I love it because the results look pretty good. I hate it because something that used to give me a lot of pride, because it took a lot of work, is now too easy. 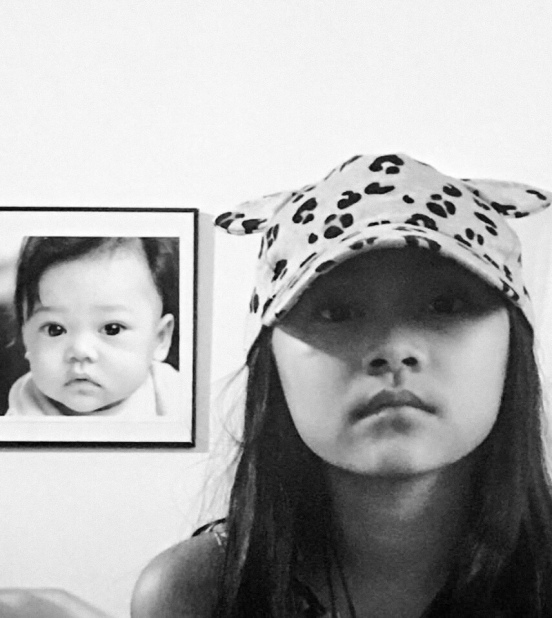 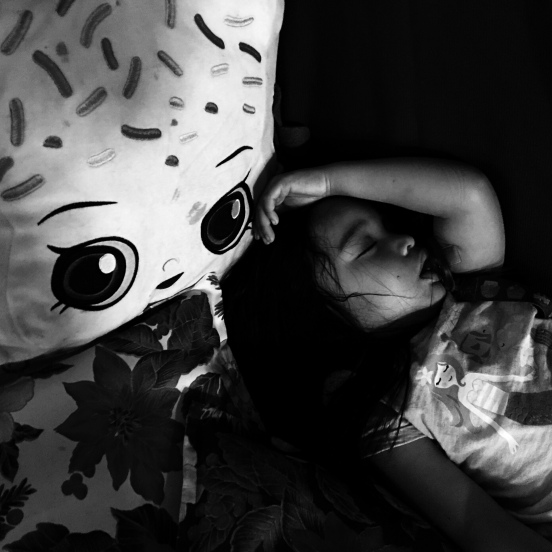 In closing friends, today, there really is a thin like between black and white. As the famous wrestler Ric Flair once said, “Whether you like it or not, learn to love it” I may not love it yet, but I might end up following his advice on this 🙂

Here are some great deals available from our verified affiliates. In some cases you could save up to as much as $300. But don’t hesitate because these deals are only available for a very limited time. If you’re planning to buy at all, please support Camera Legend by buying it through our links. It will help us bring out more reviews of the cameras and lenses you want to read about. Plus we only post from affiliates we trust and have bought from ourselves so you can be sure you’ll have a smooth and safe purchase. Thank you.