Good morning you awesome camera geeks! A couple of years ago I posted a video on YouTube called “Benefits Of A Cheap Camera.”

Now in that light hearted and cringe worthy video, which was filmed very badly on an old iPad, I went on to jokingly point out why using a cheap camera could be beneficial.

Before YouTube began hiding dislikes, I recalled that video get quite a fair number of dislikes although there were, fortunately, more likes than dislikes.

I chalked it up to people not “getting” my light hearted, comedic style of camera reviews. I truly think some of my best ad lib camera jokes are on that video! 😍😂

This video was one of the reasons why, for a long time, I viewed the audience on YouTube as “stiffs.” Meaning, I felt they couldn’t take a joke, they couldn’t read between the lines because if they did, they would see that I was actually offering some solid advice!

Seriously, in that review, I mentioned that the Vivitar V3800n (which was the featured camera), was a very affordable, all manual film camera that uses the very popular and iconic Pentax K mount which opened the doors to an abundance of great and affordable lenses.

All this started because a friend had asked about getting into film photography and was asking if he should get a Leica, Contax, or Nikon? Which led me to the thought…why does a film beginner need to spend a lot of bucks?!

Now I’m not here to tell anyone how to spend their money but having been down this path before I felt it wouldn’t hurt to try and help someone save some money!

Another factor is the real likelihood of someone like my friend, who has been shooting digital exclusively, will end up giving up on film and be stuck with a bunch of expensive gear that he’d have to try to eventually sell. And guess who he’d come to, to help him sell it? 😂

I’ve seen a bunch of “cheap camera challenges” and although entertaining, I never thought of doing a video on it until now.

Part of the reason is that, as someone who has admittedly been spoiled by using Leica, Contax, Nikon, etc, it was very hard for me to contemplate “wasting” a roll of film on a cheap camera. Now I know that sounds elitist but honestly with the rising prices of film these days, I really only want to use this precious commodity on something I’m interested in.

So with that kind of thinking, I realized I had lost my roots. I started photography with a Minolta X-700 and a cheap Vivitar point and shoot in the 1980s. I have documented this fact many times here.

So considering that I had only used the Vivitar V3800n once or twice in all the years that I’ve had it, I figured this would be a good time to use it again and document the results with you guys here and on YouTube!

So I put in a roll in early January and just finished the roll near the end of last month and here are the results.

All photos in this set were taken with the Vivitar V3800n, 50mm f/1.7 Vivitar lens and shot on Ilford HP5 Plus and developed in Xtol.

The Vivitar V3800n is cheap and still easily found on the used market. Prices can range anywhere from $10-40 USD for the body only and same for the Vivitar 50mm f/1.7 MC lens. Sometimes you might even be able to find them for free! 😍

If you can’t find the V3800n, any of the V series bodies will do for basic shooting.

The V3800n was made by Cosina and uses a Pentax K mount so lenses are plentiful and can be very cheap. You don’t need to use a Vivitar branded lens if you do not want to.

It’s not perfect, I’m not going to lie. It feels cheap and there are some issues that might be detrimental to beginners. I explain all that in the video.

But once you learn how to use the camera you will see that it’s capable of taking good pictures. And there’s just a “cheap thrill” (pun intended) to getting satisfying results on cheap equipment, like you got more than your money’s worth!

In conclusion, my main point of doing this cheap camera challenge is to show, especially beginners, intermediates, or anyone wanting to get into film photography that it doesn’t have to be expensive. You can have a lot of fun with film photography without paying a lot!

Good morning you guys! A friend recently asked me to recommend him a good film camera but before I could give any recommendations, he asked me “Should I get a Leica? Contax? Nikon?”

That got me thinking. In all honestly, especially for the beginner in film photography, I really don’t think you need an expensive camera!

So that’s how today’s article came about! Keep in mind, this is a lighthearted article. Part humor and part reality 😊

The Vivitar V3800N is a 35mm single lens reflex (SLR) film camera. The lens mount is Pentax K. The actual year of its release is uncertain, but based on my research it appears to have been introduced and marketed by Vivitar in 2009.

The camera itself was apparently made by Cosina of Japan. To me, Cosina is the Yashica of today in that they can produce cameras and lenses of any type for any budget. From the very high end modern Zeiss Ikon (not to be confused with the original Zeiss Ikon of Germany) cameras to the Vivitar V3800N!

I am unsure however if Cosina made the 50mm f/1.7 Vivitar lens or if it was produced by a Chinese manufacturer. Cosina makes some very high quality Voigtlander branded lenses which are popular with the Leica community.

While the Vivitar V3800N is the star of today’s article, it is really NOT about the Vivitar specifically. It could be about any cheap camera!

For you folks who prefer videos, here’s my YouTube video on the subject. It’s about 6 minutes, much easier to view and much better for my sanity!

I’m doing it today on my new happy place, a place I call the “Lazy Couch” 🙂

Got tired of that old backdrop, so while waiting for a new backdrop I’m on the Lazy Couch! Somewhere in this video I accidentally dropped the F… Bomb 😂 Sorry about that!

OK, THE BENEFITS OF A CHEAP CAMERA!

The “ultimate” cheap camera to me, used to be the Pentax K1000. It was the original 35mm students camera but now prices have gone up quite a bit. Still, if you want higher quality than the Vivitar and all the benefits of the Pentax K mount, try to find one for under $100 with lens. Old Chinon cameras that use the Pentax K mount are also a good option.

As a fan of the Olympus OM series, the Olympus OM-1 can still sometimes be found for under $60. Get the 50mm f/1.8 Zuiko and you’ll get excellent results! That was one of my my favorite carry around combos when I shot OM exclusively for a while in the mid 90s.

A Nikon EM with old Nikon lenses are also a good bet! You know, the more I write this, the more I realize I could write a whole book with the options I could recommend so to cut this short I’ll say this…

It doesn’t matter what manufacturer you choose. Just try to choose these factors: 1) Purely manual camera, no need for batteries 2) Get a 50mm f/1.7 f/1.8 or f/2 lens 3) Make sure all this will not cost over $100 USD! Often, it should be far lower than that!

I hope this helps, especially for beginners or those wanting to try film. You DO NOT need to spend a lot of money to get started with film photography!

Feel free to leave a comment should you have an opinion on this! Thanks for reading and happy shooting folks!

CONTAX T2 FOR SALE IF YOU WANT IT! 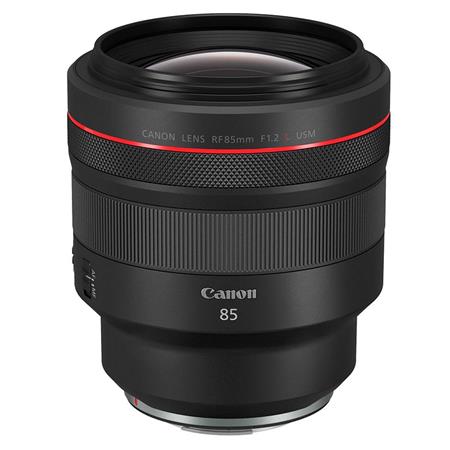 If link is broken try this: