For your Throwback Thursday, we take a ride in the Time Machine.

First we go back to 2008. At the time I was smitten by the Leica 50mm f/2 Summar, an old Leica ltm mount lens. I had just gotten it off ebay for under $100. The glass was advertised as having some light haze, but otherwise ok.

When I received it, I was not expecting much as the Summar is known to be a “soft” lens in the Leica lineage. I know Leicaphiles are a passionate bunch and I can hear some say, “Oh no, my Summar is not soft, it is very sharp!”

Hey, I am not debating you. When I say the Summar is “soft” I say that in relative terms. It may be sharper than other lenses of that era or it may be sharp stopped down, but that’s not the point. In general use, wide open or shot near a strong light source, the lens does not have modern coatings/corrections that would prevent abberations from showing up. And as a Leica fan myself, I actually like the fact that it’s a “soft” lens.

But the fact that it was a near seventy year old lens at the time I got it, I had realistic expectations. However, when I tried it on my Epson R-D1, I was awestruck by the beauty of the images it provided.

Sure, if you’re not careful, the lens can flare and produce a soft veil of haze around your subjects, but if some care is taken with regards to your light source, it can produce images that I would say had that distinct but undefinable Leica “glow.”

Since that time, I have come to rely on a 50mm f/2 Summicron as my go to lens for Leica. However, I will pop the Summar every now and then for portraits.

The photo of Zay was taken with…an iPhone 6s Plus! The baby smiles instinctively, unaware of any camera, regardless of brand or type, and even unaware of the Gerber baby food all over her mouth 🙂

While I will admit that the iPhone 6s is perfectly capable of much better images than this one, nonetheless, I will stand by what I’ve told people for a long time. If you want to make nice portraits, and you want to do it cheap, all you need is a good 6mp camera and a 50mm lens. It doesn’t have to be a rangefinder like the R-D1. Just get a Nikon D70 or Canon Rebel and a 50mm f/1.8 and you will have a very fine portrait machine.

So what have we learned in eight years? Well, for one, the phone cameras today are amazingly capable. In 2008, I don’t think I’d rely on my first generation iPhone for anything but snaps. Heck even today, I just use my 6s for snaps, but I do know if I needed better than snaps I can do it with this phone. But my main use of the iPhone today is to take HD videos for my own records.

So many wonderful things you can do with today’s phone cameras! However, the one thing they can’t do well, due to the laws of optics, is they can’t produce a lot of good bokeh, simply due to the smaller sensors inside. However, it seems the new iPhone 7 aims to change this by “creating” Bokeh in their “Portrait” mode. I’ve seen some samples and some look great, some so-so. I’m not sure though if I really like the concept of fake bokeh. Not that it wouldn’t be useful to some, but for me I think that once you have fake bokeh as a norm, what’s next? Fake backgrounds? Fake locations? You get my drift? Soon the whole photo will become fake and what’s the point then?

Anyway back to the topic at hand, I’ve also learned that I still love my old school gear such as the R-D1, which today would be considered “Classic Digital” and of course a Camera Legend.

I’m fascinated with time, time travel, “Time Machine” and anything else having to do with our perceptions of time, so look out for more “Time Machine” installments.

I’ve also learned that two babies can definitely be very different from each other! Sure we all know that as kids grow up, they become their own people with unique personalities. What I didn’t think of was that even at the baby stage, my two girls are as different as night and day, but at the same time, beautiful and similarly sweet.

Have a great Thursday folks, the week is almost over. If you’ve gotten something for your tax returns, maybe time for some new toys 🙂

I shot this a couple of weeks ago. I was driving to see some friends when I spotted this “classic” junker underneath some spring blossoms. The contrast of the old car and the color of the buds struck my eyes. Right away, I said HO! I have to get some shots! 🙂

I actually had to turn the car around to come back and take the shot. I’m not so good on cars, but it looked to me like a Ford? If any of you out there can identify it, please do so! I did not come out of my car to take this shot. I respect people and did not want anyone freaking out! I know I probably would be disturbed if I saw someone coming up and taking shots of my car. But this is a vintage old car and it stands out in today’s world, so if I were the owner, I would probably have to expect it.

I shot this with my trusty and old Epson R-D1 and 40mm f/2 Summicron-M. I got this camera in 2006 and if you had told me then that ten years later I’d still be shooting with it, I’d probably say you were crazy! For one, I didn’t think I’d hold on to it for this long. Secondly, I didn’t think it would last this long. But I still have it, and it’s been surprisingly reliable.

The Epson R-D1 is the world’s first digital rangefinder camera. It was introduced in 2004. Somehow, Epson beat Leica (well known as THE rangefinder icon) to the punch with this digital body which was made by Cosina and based on their own line of Voigtlander Bessa rangefinder film cameras.

The R-D1 sports a 6.1mp sensor. It is, or is a variation of the very popular Sony sensor found in the Nikon D70/D70s, Pentax *ist D series, Konica Minolta Maxxum 7D/5D series and more. It may be digital, but no it’s not like an outdated computer where it’s unusable. It is a very dated sensor, but it was one of the best of its era and it still produces beautiful pictures.

If you look to at the brick wall to the right of the car, you can see very nice and subtle shadow detail transitions. Very smooth, not harsh. This might have more to do with the 40mm Summicron as well, but I have to give the sensor credit too.

So if you don’t have an R-D1, don’t worry. Just get one of the above mentioned cameras cheap and you’ll have pretty much the same sensor. The thing you won’t have is the ability to use Leica M lenses and the wonderful tactile feel of the R-D1, plus its glorious optical viewfinder.

I’ve spoken, written, referenced this camera many many times, though I’ve never done a full or even partial review of it. As I’ve told many people, this camera truly feels and looks like its film camera equivalent (the Bessa R/R2/R3). It’s kind of funny because compared to a Leica, the Bessa film cameras do feel kind of cheap.

Yet, in digital form, it feels better and more substantial than most digital cameras out there! It’s just normal with digital/analog camera comparisons, and I’ve come to accept it. As an example, take the Olympus OM-1 film camera and then hold a OM-D camera next to it. As much as I love the OM-D’s image quality and shooting capabilities, there’s just no comparison. The OM-1 feels solid and hefty, the OM-D feels light and dinky. And the OM-1 was actually one of the lighter film SLR cameras.

The 40mm f/2 Summicron has always been one of my favorite performers. It provides beautiful sharpness and tonal range. The lens is beautifully small, much like a pancake lens. Normally I find the 40mm focal length, especially the pancakes a little boring, but that’s because most pancakes start at f/2.8. The 40mm Summicron gives me an extra stop of light which opens up more possibilities, not only for the low light shots I take, but for the shallow depth of field I need for portraits. On the R-D1 it’s equal to around 60mm which makes it a little longer than a 50mm standard lens.

It was introduced with the Leica CL, which was a collaboration with Minolta in the 1970s. The Summicron is made by Leitz although a Rokkor-M version, made by Minolta in Japan, is also available. Due to this collaboration, there has always been some debate among camera nerds as to whether the lens is really a Minolta or a Leica? All I can say is that it’s a great lens and that’s all I need to know.

As you can see, I’m actually shooting more than I’m writing, which I guess is a good thing in some ways. If this was ten years ago when I was a single man with no family or responsibilities, I’d probably be doing this blog like crazy. These days, I do it when it strikes my fancy, though I really should be doing it more. Ah, sorry for the rambling. Have a good day friends and happy shooting always! 🙂

I have been notified by my good friends at Adorama that the Nikon D5 and D500 are now in stock!! If you’ve been waiting patiently for these awesome cameras, here’s your chance to grab one before they sell out the first batch. You may find them in the links below. Thanks for supporting Camera Legend and enjoy your new camera, I’d sure love to hear about it! 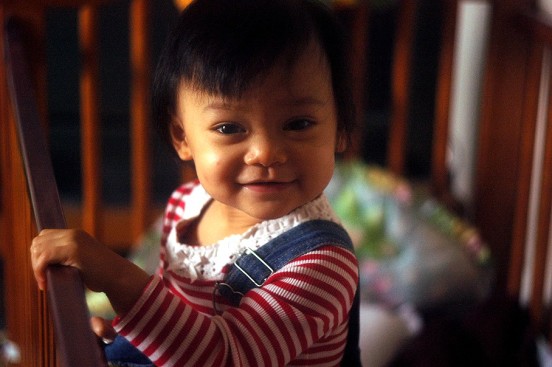 This could be considered a “Flashback Friday” post. This is my elder daughter in 2008, just a little more than a year old.

Shot with an Epson R-D1 and a seventy plus year old 50mm f/2 Leica Summar lens. I had just gotten this lens in rough condition on eBay for under $100. I was so enamored that it was giving me these (to me) beautiful soft/sharp images, just what I’d been looking for!

The Epson R-D1 was a 6.1mp camera, the world’s first digital rangefinder, and one of my favorite old school digital cameras ever. I’ve been meaning to do a flashback review of this camera, but this is one of those cameras that I love so much, I would need a lot to time to do it justice. Time I simply don’t have tonight. But I’ll get to it, eventually 🙂

Have a good Friday and a good weekend everybody!