Good morning you guys! I know I have been away far too long this time even by my standards but I was gone for about a month and took the opportunity to not only take photos but also to take a digital detox. Didn’t sign on to WordPress once during my trip, sorry to say!

I went to Thailand and the Philippines. Two very colorful countries that appear similar on the surface but couldn’t be more different culturally. The one thing that ties them together really are the wonderful, friendly people.

I was almost always on the move. But on the positive side, I got a lot of rest at night. More sleep than I’ve had in months! On the negative side, I now have bad jet lag and my whole system is all messed up.

On this trip, I brought with me the Hasselblad X-Pan that you saw on the most recent video review. Just because I reviewed a camera doesn’t mean I stop using it! I also brought a couple other film cameras, including an Olympus Stylus Epic and Contax cameras. But which Contax? 😀👍🏻

On the digital side I brought my Ricoh GR 16mp. I’ve never really warmed up to this camera simply because I’ve always been partial to my beloved original GRD 8.1mp but I took the GR to “break it in” even though I’ve had it for a few years.

A crab found on the beach in Marinduque Island, Philippines. Of course, it was set free afterwards 🙂

Well, I don’t have any of the film developed yet so it will take some time. All of these photos are either from my iPhone or Ricoh. I just haven’t had the time to sort them out.

Guardians at one of the many spectacular temples in Thailand’s Wat Phra Kaew, the most sacred Buddhist temple in Thailand.

I searched for film cameras and film and found them in the Quiapo section of Manila, one of the very few places where you can find film or film cameras in the Philippines!

A simple and undeveloped, unspoiled beach on Marinduque Island, Philippines.

No need for a title, but if I were to give this photo a title, I guess you could figure out what it would be 🙂

Hope you all are doing well, and catch you guys again soon! 😎📸👍🏻

The businesses and buildings of Incheon are amazingly colorful. Yet, for some reason this part of town was very quiet even during midday. I believe this was a Saturday, though I’m not 100 percent on it. All I know is that most restaurants were closed and it was already past noon. Very few people were out. I felt like I was in the Twilight Zone! 🙂

If any of you guys out there know exactly where this area and why it was so quiet here, feel free to drop a comment. I’d love to hear about it!

This was shot last July as I wandered through this outskirt of Seoul, South Korea, on an unplanned layover due to airline delays. The camera in my hand was the Contax T3, loaded with Kodak Gold 200.

It’s funny, whenever I’m here in the States my preferred film stock is usually at ISO 400 or above but whenever I’m on an overseas trip, I prefer a film like Kodak Gold 200. The main reason is that I anticipate doing a lot of outdoor shooting in hot and sunny weather whenever I’m in Asia. In New York, I prefer shooting indoors or when the Sun goes down. It all makes sense!

I’d love to explore Seoul again, this time for an extended period. I want to try more of the food and photograph more of the sites, especially at night.

On the camera side of this article, which I know you guys have come to expect… 🙂

You guys know how I feel about the Contax T2 especially in light of the dramatic price increases. I used to recommend the T2 over the T3 because only three years ago you could find the T2 for $300-500 but today, the prices for the T2 have gone so sky high that it is approaching T3 prices which is anywhere from $1500-1900.

At these prices I no longer recommend either. That’s mostly due to the potential electronic issues these cameras have demonstrated, both personally on my copies and from other accounts. The prices are too high now for such a risky buy!

But, if you have your heart set on a T2 or T3, today I will say that if you could find a T3 for not much more than a T2, get the T3! Why? Much sharper optics. Less finicky focusing.

Sure, I remember in my 2016 review, I stated that I liked the T2 better because even though the lens is softer than the T3, it was sharp enough and has “character.” Yes, I said that but it was more charming when the camera was like $300-500! 🙂

At the prices the T2 commands these days, you might as well go for broke and get the T3 if you must have one of these Contax cult cameras.

“Hotel City” 2018. Ricoh GR1, Kentmere 400 developed in D76 Developer. There are so many hotels in this city! And so many beautiful hotels at that. This one is the Rizal Hotel near Manila Bay. I was very close to the building and despite having the GR-1 with its 28mm lens, I wish I had a wider lens. Yes, there is such a thing as not wide enough! 🙂

Manila, the bustling capital of the Philippines, is a fascinating, lively, and colorful place that in my opinion is better suited to color photography than it is for black and white photography.

“Mall Town” 2018. Ricoh GR1, Kentmere 400 developed in D76 Developer. Mall culture is alive and well in the Philippines. They love their malls! I hate to admit it, but I frequented many malls during my visit and they were all great. They take their malls seriously in Manila! 😊[[[[[[[[[[[[

However, as a B&W fanatic, you and I both know that everything looks good in B&W anyway 😀

With that in mind, I couldn’t help but take my Ricoh GR1 along for this recent trip.

Now you may or may not recall, but in the last post I mentioned bringing along two of the greatest point and shoot film cameras along for this trip.

I used those cameras with color film so that means the GR-1 was NOT one of those two cameras, despite the fact that it could easily be in that same list of “greatest.” So what does this mean? It means I hope you’ll stay tuned as I have more goodies and surprises coming your way!

This article will show some photos taken with the GR-1 and Kentmere 400 B&W film. I developed this roll in D76.

Looking back on the photos, I wished I had shot more than one roll with the GR-1. That’s the problem with taking too many cameras 😊 In fact, I could’ve easily used it as my only film camera and I would’ve been happy with that.

Here are just some photos from the trip. Not meant to be an artistic showcase, just the things I saw in Manila and some thoughts on them. Where I can, I will try to give you some commentary.

“Intramuros” 2018. Ricoh GR1, Kentmere 400 developed in D76 Developer. This is the famous walled city at the heart of old historic Manila. I shot this through a dirty window using both the iPhone X and the Ricoh GR1. I was surprised at how much detail came through from both! The detail here is really limited mostly due to the film grain when compared to the iPhone photos.

“SALE” 2018. Ricoh GR1, Kentmere 400 developed in D76 Developer. I love fashion photography but mannequins are as close as I usually get to fashion models 🙂

“Manila Floods” 2018. Ricoh GR1, Kentmere 400 developed in D76 Developer. It rained nearly every day of the two and a half weeks I spent there. They don’t call it the “rainy season” for nothing.

“OOMA Sushi” 2018. Ricoh GR1, Kentmere 400 developed in D76 Developer. Had a good meal here. Not sure why the man is smiling, but I certainly don’t know him! I just took a quick grab shot 🙂

“Lucban Church” 2018. Ricoh GR1, Kentmere 400 developed in D76 Developer. Heading out a couple of hours southeast from Manila, I visited the small municipality of Lucban in the province of Quezon where I saw this beautiful and historic church that dates back hundreds of years. This is the San Luis Obispo de Tolosa Parish Church otherwise know as “Lucban Church.”

“Free Fall” 2018. Ricoh GR1, Kentmere 400 developed in D76. Youngsters having fun at this man made waterfall at the Vila Escudero, a resort about an hour away from Metro Manila.

“Night Lights” 2018. Ricoh GR1, Kentmere 400 developed in D76 developer. The lights on the open air rooftop at the SM Aura mall in Manila. Considering this is ISO 400 film, I think the Ricoh GR1 did pretty good with this shot. 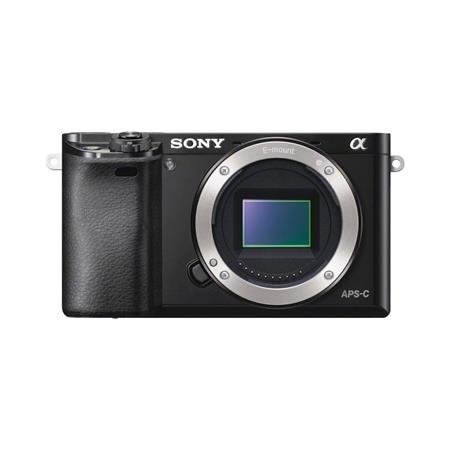 “Sisters Sa Kaeo” 2016. iPhone 6s Plus. The girls found themselves on a lovely, but lonely local unpopulated, undeveloped beach in the tiny village of Ban Sa Kaeo in the province of Nakhon Si Thammarat, Thailand.

Where the heck in the world are we?! I’m not sure many out there care, but based on the stats there are at least some who do. And I do appreciate that. I know we have been away for long periods before, but this is by far the worst and I do apologize. Some of you have left comments and messages and I promise to get back to all of you.

I have been away vacationing as well as visiting elderly relatives in SE Asia. While the trip is primarily to pay homage to relatives who are not in the best of health, any trip to SE Asia is a potential gold mine for photography. Not to mention a chance to actually use the gear I review here 🙂

One thing while overseas is that I always get minimal use of my phone and the internet due to lack of good wifi access and the high roaming charges I incur from my provider. As such I was barely on the internet, but the good thing is I finally know what it feels like to get a good night’s sleep 🙂

On this trip, as opposed to previous trips, I kept my camera gear at a minimal. I kept it light. Two digital cameras, two film cameras and a phone camera. While it may still seem like a lot for some, it’s not for me as I’ve lugged medium format gear and large lenses on my overseas trips in the past. Not this time. A sign that I’m getting old? Perhaps. Or maybe I’ve just learned to maximize from minimal gear? Maybe a combination of both.

Above are just a few shots from the trip. I haven’t developed the film yet so we’ll see how those came out, fingers crossed. Anyway, just saying Hi! and thanks to all who still visit this site, I appreciate you, I really do!